7 ways to make money from your car 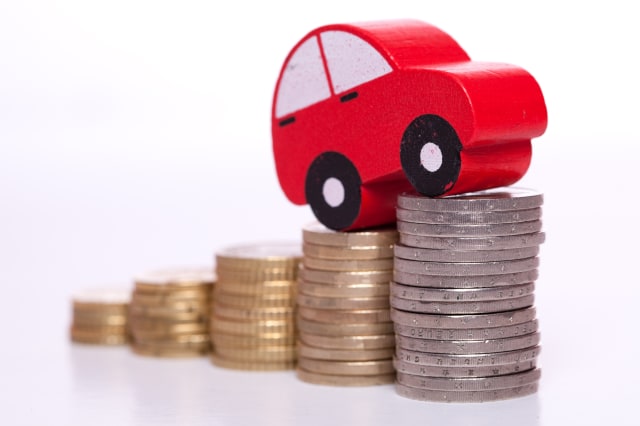 Your car can make money for you. It may not be the way it works at the moment, In fact, it's fairly likely that your car is a money-sponge, soaking up thousands of pounds in repairs, services, and unexpected surprises. However, there are seven ways your motor can earn some cash for you.

See also: Concerns raised over cost and availability of parking

See also: Are bad driving habits costing you £750 a year?

1. Rent your car out
Registering your motor with a service like easyCar Club means other people can pay to use it when you don't need it. Chief executive of easyCar Club, Richard Laughton, told us that more than 5,000 people lend their cars out, and can make up to £3,000 a year. One user told us that she only occasionally lends her car, and makes no effort at all to promote it, yet she makes £1,000 a year.

2. Share your commute
Douglas Rotberg, founder of garage price comparison site BookMyGarage.com, points out that you can use Liftshare to arrange to pick people up on your commute. If you live somewhere populous and are going to a major city, you can technically pick up enough people to pay for the cost of your commute - although if you make a profit you'll need to tell the taxman. He adds: "The upside is you'll have people to complain about the traffic with."

3. Take items with you
Anyvan.com brings together drivers and people who need to shift items, and allows you to bid on jobs. If you are travelling a reasonably long distance, it's worth checking if anyone is looking for help carrying something that distance, and place a bid to take it with you. You don't need a huge car either, because people can need help with something as small as a rug, a bike, or a TV.

4. Turn your car into a TV star
Rotberg suggests signing up to an agency that tracks down cars for TV shows. He says: "Of course if you run something popular like a 2013 Nissan Qashqai, you're unlikely to get many takers. But if you've got a classic or unusual car, you never know how much it could make. According to agencies we spoke to, you should be able to earn somewhere between £150 and £600 a day, depending on the car. A couple of things to be aware of: make sure the agency insures your car and pick a reputable agency. That means one that doesn't charge to have you on its books."

5. Turn your car into a billboard
Alternatively, why not let other companies advertise on your vehicle? Rotberg says: "Thanks to the magic of vinyl wrapping, its straightforward for companies to plaster their logos over cars without it being a permanent thing. To make it worthwhile for companies, you need to cover at least 1500 miles a month. Company Comm-motion.com claims you can earn £220 a month, simply by doing your everyday driving. The downside of course is that by its very nature, any advertising is going to make your muted motor appear as conspicuous as Coco the clown's comedy car."

6. Skill share
Technically no money changes hands, but you can turn a couple of hours of driving into a couple of hours of work from an expert through a skill sharing network. There are some national ones like skillshare.com, or you can track down a local scheme. Within each network you can swap an hour of your time and expertise for an hour of someone else's. If you're happy to give someone a lift to the airport, for example, you may be able to swap it for someone assembling flatpack furniture, fixing a leaky pipe, or doing your tax return.

7. Cut your costs too
While you're squeezing every penny possible out of the car, it pays to ensure you're spending as little as necessary on it too. Rotberg points out: "Using a comparison site such as www.BookMyGarge.com can save you a bundle, as independent garage labour rates are on average 45% cheaper than main dealers and the top 5 most common car parts are on average 65% cheaper from an independent garage."

The cheapest cars to insure

Afghan woman plays instrument once forbidden to her