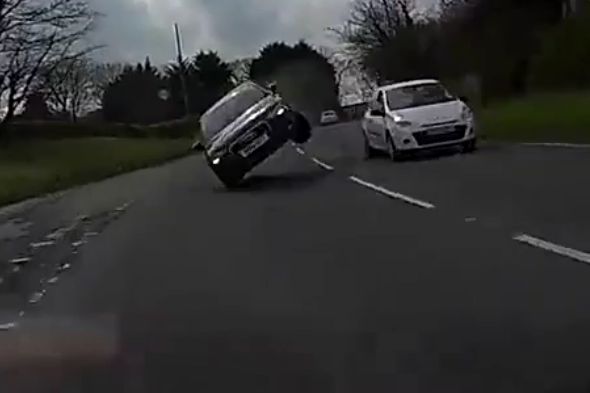 This is the dramatic moment a van driver narrowly avoids colliding with an out-of-control car on two wheels.

Caught on the van's dashcam near Rhyl, Denbighshire, the footage shows the van driver having to slam on the brakes as an Audi comes flying toward him, rolling on only its offside two wheels.
The Audi appears to have tried to overtake the car in front, but lost control.

Following the incident, the van driver shared the footage online, explaining: "I immediately slammed on the brakes and steered into the road junction on the left with the rear of my van fishtailing; fortunately there were no cars at the junction.

"Apparently the black Audi had collided with the rear of the white Clio which was slowing down to turn left. Thankfully no one sustained any serious injuries."
Tags
Read Full Story