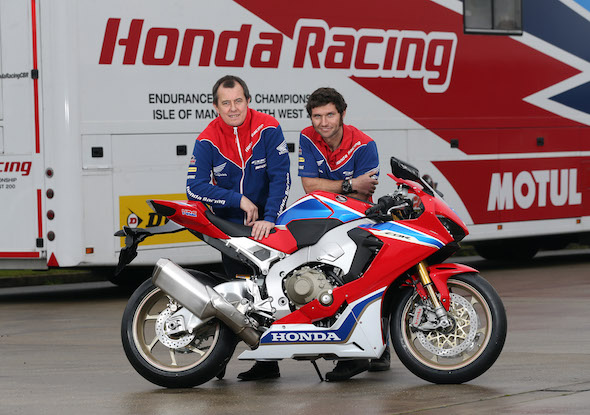 Guy Martin is to race in the 2017 TT aboard Honda's all-new Fireblade SP2..

The 35-year-old Grimbsy lorry mechanic will join TT legend John McGuinness in Honda Racing's assault on the famous road race, after a year away pursuing other interests.
Martin hasn't competed in any road races since August 2015, when he suffered a huge crash during the Dundrod 150 Superbike race.

Despite suffering multiple fractured vertebrae, ribs and a broken sternum, the enigmatic racer didn't take 2016 easy to recuperate. Instead, he took on, and completed the gruelling 2,712-mile Tour Divide mountain bike race in America, amongst other challenges.

This latest announcement comes only five weeks after Martin was forced to abandon a world record attempt cycling Britain's coastline due to an Achilles tendon injury.

At the time, he stated that he was giving up the challenge in order to avoid long-term damage to his tendon, adding: "Which would mean I couldn't do the serious cycle trip I've got in my head for next year." No mention was made to motorcycling.

Guy Martin signs with Honda Racing for 2017
Up Next

Martin will now return to the road racing scene aboard the Fireblade, which in its previous guises was the most successful 1,000cc machine ever at the TT.

With Honda's backing, he will be chasing an elusive maiden TT win. Despite having placed on the Isle of Man podium 15 times and won at other races including the Ulster GP, Scarborough Gold Cup, Armoy, Cookstown and the Southern 100, he is yet to take the TT trophy.

Meanwhile, 23-time TT winner John McGuinness, 44, will be aiming to recapture his lap record, which was broken during last year's race.