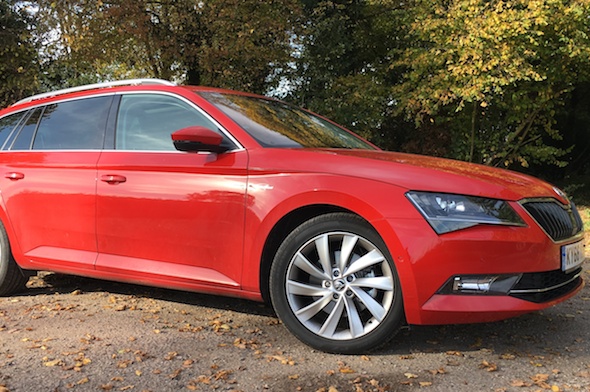 The initials 'GT' stand for 'Grand Tourer' and have been applied to any car that combines high performance with the ability to effortlessly cover miles. It harks back to a time when swash buckling playboys would pull on their driving gloves and point a Bentley towards the casinos of Monaco.

But these days, I think the most relaxing – and possibly fastest – way to drive long distances isn't in a big performance car at all. It's in a Skoda Superb.
Why? For a start, there's the range. Our 2-litre diesel, mated to a DSG auto gearbox, is averaging a shade under 50mpg with mixed driving. It means that the 66-litre tank will take you 730 miles, so I reckon you could get from Dover to Monaco on one tankful fairly easily.

A Bentley Continental GT would have to stop at least twice on the same journey while you hosed fuel into its 90-litre tanks. If you manage to dodge the gendarmes and break the speed limits it'll probably need another fill-up, cancelling out the speed advantage. And there's nothing luxurious about standing on a cold forecourt.

What's more, we are learning that the Skoda will also drive itself for most of the journey. Well, almost. The Adaptive Cruise Control will hold the car at a set speed but also keep its distance from the car in front. That's nothing new in itself, but the Superb will also hit the brakes if the traffic suddenly slows. It means we have gone on motorway journeys without actually having to touch the pedals for 90 minutes or more.

It will even steer itself to a certain extent. Using cameras it knows when the car is within the white line road markings and will gently nudge it back if it senses you are straying out of the lane without indicating. Try it more than once though and the dashboard bleeps and displays a message telling the driver to take over. It takes some getting used to, but gives us a glimpse of the autonomous cars of the future. 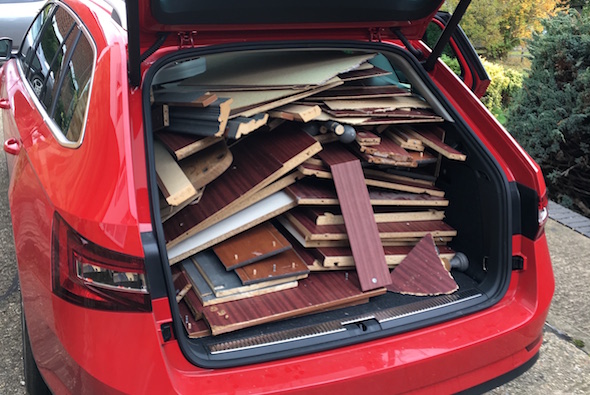 You could also take some friends and their luggage on that trip to Monaco in the Skoda. The boot is huge – bigger than an E-Class Mercedes estate's – and the rear legroom limo-like. On that trip back from Monaco we would use the money we'd saved by not fuelling the Bentley to fill the boot with wine and cheese, maybe. We packed something less tasty – an entire bedroom's worth of fitted furniture – in the Superb on its way to the slightly less glamorous destination of the council tip.

But while we're talking of rubbish, not all of the Skoda's technology works particularly well. Despite consulting the owner's manual and even looking on YouTube to make sure we had the technique nailed, we couldn't get the 'Magic Pedal' to work. It's meant to open the boot when you wave your foot under the rear bumper but we've come to the conclusion that it just doesn't work. It's hardly an essential for anyone's survival, but a trip to the workshop will be the only way to sort it.

We also couldn't work out why the folding door mirror function seemed to work intermittently. It's operated via the same joystick switch that adjusts the mirror glass, and you twist it to fold the mirrors in.

But it turns out that they're not broken at all. Skoda has a policy of not allowing the mirrors to be folded above 8mph, a baffling rule we've never come across before. On narrow rural roads with kamikaze Transit drivers, being able to fold the mirrors in has saved us from numerous scrapes in the past. In the Superb though, we have to brake to less than 8mph or risk the seven years bad luck of a broken glass – or worse. I can't imagine the Skoda's posh mirror housing with its numerous motors and lights would be cheap to replace if batted into the distance by a white van man.

They are minor niggles though, and the rest of the car is so well thought out and easy to live with that it's easy to forgive. Spacious, practical, comfortable, economical and clever, the Skoda is the ideal car for us. Perhaps we should pull on those driving gloves and head to the casinos.