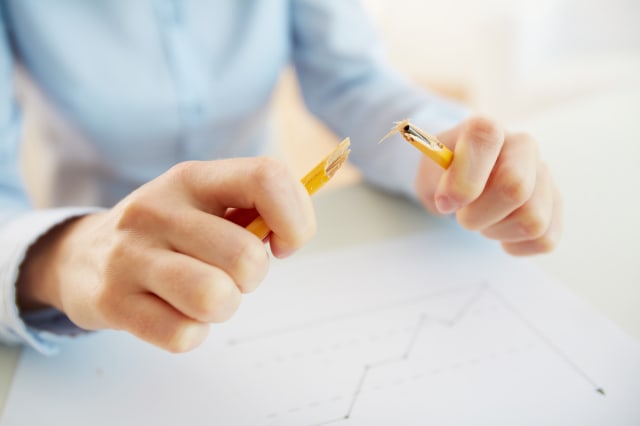 See also: New Year's Resolutions for 2017 to transform your finances

See also: Your new year's resolution: properties with a gym

See also: Job applications surge due with return to work after festive break


A study by the free credit reporting service, Noddle, fund that most of us started 2017 with the best of intentions. Some 70% of people wanted to detox their finances, while more than 55% of people started a diet. However, 7.3 million people will break their resolutions before the end of the year - and most will have fallen off the wagon in less than a month.

The key to understanding why we fall short, and doing something about it, is to understand a little of how our brains work - so we set the right resolutions, and stick to them.

1) Pick the easy goals
The resolutions that require a change in daily habits are the hardest to keep. It doesn't mean we shouldn't make them at all, but it may be easier starting with something that we only need to do once or twice a year. This may be something like switching utilities, finding a better savings account, or shopping around for insurance. This can save us hundreds of pounds a year, without any lifestyle change at all.

2) Be realistic
Don't try to change everything overnight: it will be too overwhelming. Instead, pick a few easy goals, and stick with them. Once you have a few months' worth of success under your belt, you could try introducing a few more. This gradual approach will avoid everything seeming so hard that you throw in the towel.

3) Identify your weaknesses
If you are keen to make a lifestyle change, think about your potential weaknesses. Leading behavioural economist, Professor Ivo Vlaev, says that a major issue is simply the fact that we cave into temptation - which 40% of people struggle with. He says one useful approach is to identify when we are most likely to indulge in expensive habits. So, for example, do you buy a take away coffee every morning to make commuting feel less of a chore? He says: "Once identified, try substituting those habits with less expensive, but as rewarding, alternatives." This could mean subscribing to podcasts you can enjoy on the way to work for free.

4) Reinforce the habit
If we want to introduce a new habit into our routine, associate it with something you like to do. Vlaev says: "Associate checking your online account with something you enjoy doing in a specific situation. For example, during your lunch break or before checking Facebook. By doing this you should develop an automatic habit of checking your accounts regularly, which will feel rewarding rather than a chore." Once a month, you could also factor in checking your credit rating, to ensure everything is as you expect.

5) Pick yourself up
Once you have broken a New Year's Resolution, you shouldn't give yourself permission to fall back into bad habits for the rest of the year. Instead, you need to address why you have fallen off the wagon. Perhaps the goal was too challenging, or you failed to spot a weakness. Whatever it is, address the problem, and start again.

Nobody ever said that sticking to resolutions was easy. However, these five steps should help you buck the trend, and end 2017 with better habits and more cash.