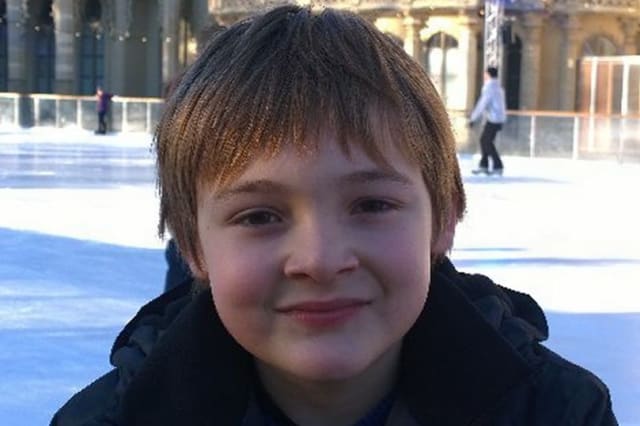 A nine-year-old boy has penned a heartrending letter to Southern Rail bosses - complaining he is tired of his parents "coming home late every night because of the rail strikes".

It comes as Southern Rail sees the first of three days worth of strikes this WEEK - in a dispute which has been ongoing since last April and seemingly has no end in sight.

See also: Vintage Routemaster buses drafted in to 'save' commuters during Tube strike

In a damning indictment of the long running row between the unions and the employer, young Frankie explains that primary school pupils would make better negotiators.

He told them in no uncertain words that his commuter parents pay a lot of money for their season tickets and are "not getting value for their money".

Frankie says: "Surely there must be a way to solve these problems.

"At school we are taught to negotiate with each other to sort out our differences and clearly you have not learnt to do this.

"Please could you sort this out as soon as possible so my mum, dad and other commuters can get back to normal life again."

Frankie's dad Clive Cottrell, 45, a marketing specialist for Racing UK from Hove, says that his son wrote the heartfelt plea "spontaneously" off his own back - addressing it to both Southern Rail and his local MP.

Mr Cottrell told MirrorOnline: "We were surprised when he had told us what he had done.

"The strikes are clearly having an impression on him."

He said that it particularly took him and his wife, Catherine, 45, fundraising director at UNICEF, by surprise as his son hadn't previously spoken about the strike action and the impact it he felt it was having on their family life.

"It's just endless frustration. We get a bus to Brighton and then the train from Brighton to London.

"The strike days aren't so bad - as everyone stays at home - but it's the non-strike days, when there is always some some level of action going on, when you are expecting a normal service at full capacity, that are hardest.

"You find people are stressed and angry and irritated and arguing with themselves.

"I find it frustrating - it's unacceptable they are taking this action - I can't understand why there's no progress."

Frankie emailed the letter off his own back to Southern Rail - receiving an automated email back thanking him for his complaint and detailing which days the strike action will be taking place this week.

He then forwarded it to his local MP Peter Kyle.

While attempting to reach London on a train during the strike action this morning, Mr Cottrell posted his son's note online this morning for Twitter users to read.

One, David Davis, said that "a 9 year old like Frankie could probably run the franchise better".

But not everyone was as receptive, with another Twitter user, Matthew Emson, posting: "Maybe they should consider working closer to home & the kid instead of themselves."

The long-running dispute is over pay, jobs and conditions - centred on how Southern Rail doesn't feel there is any need for train guards as drivers, in their minds, could operate doors as they do on London Underground.

The unions disagree who claim that puts the public at risk of injury.