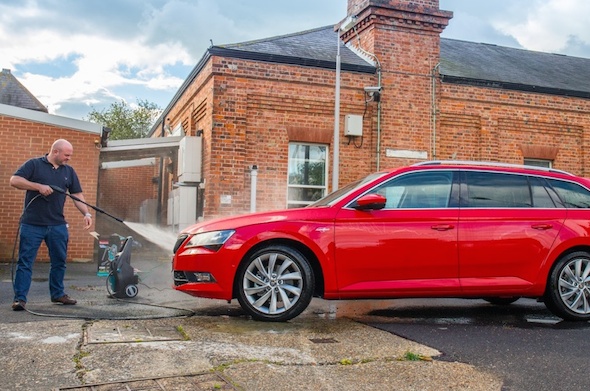 Every winter my credit card takes a battering. But now the Skoda Superb has entered my life I know it will survive the cold weather unscathed.

I'm not talking about the cost savings of running our newest arrival. Instead, I'm talking about the Superb's integrated ice scraper. Built into the fuel filler flap is a neat little device designed to remove frost from your windows. No longer will I have to use the contents of my wallet to clear the windscreen.

It's just one example of the clever touches built into the big Skoda. Caught in a rainstorm? There are umbrellas stowed in both front doors. There's a removable torch in the boot and a clip to hold pay & display tickets to the windscreen too.

These sort of touches mean that owners can become quite evangelical about Skoda ownership. After just a couple of weeks and 1,000 miles I can see why.

The 2.0-litre TDI engine is a fine combination of refinement, performance and economy. It's currently averaging a smudge under 50mpg, meaning that a full tank will take it over 600 miles. It's a real luxury being able to avoid chilly forecourts.

Talking of luxury, our Superb is the range-topping Laurin & Klement (named in honour of the two founders of Skoda) so comes with a few more niceties than even those already mentioned. Our car's list price tops £33,500, which puts it up against some pretty tough competition, but the Superb trumps them all for equipment. It seems technology from Skoda's parent company VW has filtered down so that you are getting Audi gadgets and quality for less. 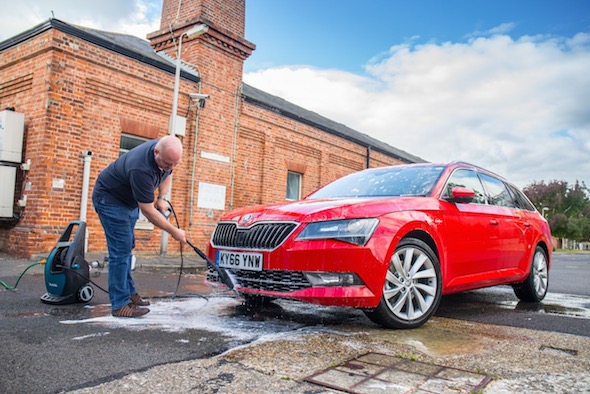 But, at the risk of sounding spoilt, the tech isn't all brilliant. Firstly, you have to tick the options box to supplement the parking sensors with a rear-view camera. It's £350 too, which seems a lot for something that is standard on rivals' mid-range superminis.

The infotainment system gives you the choice of the excellent Skoda system or Apple's CarPlay. As an iPhone user I thought Apple would pip the car's system, but the truth is that the CarPlay looks and feels a decade old. I asked the voice activation to call a colleague named Mal and it told me it was not able to search for shopping centres. I tried using his surname – 'Hay' – and it answered back "Hi", presumably thinking I was engaging it in polite conversation. I gave up.

If I was engaging the car in conversation, it wouldn't be polite to tell the Superb that is it has a big behind. But the truth is that it does. It's huge. This is of course one of the Superb's biggest selling points. The luggage space is vast – bigger than a Mercedes E-Class estate. It can swallow bikes whole with space to spare. And unlike some estate cars the rear passengers are treated to acres of legroom too.

To access that vast boot space, the L&K model is also supposed to have a gadget called Virtual Pedal that allows you to open the boot by swiping your foot under the rear bumper – handy if you have your hands full. But I just can't get it to work. I even resorted to reading the owner's manual to see if I'm missing something but I still can't get the magic to happen.

But it's a small glitch in a car that is otherwise so well thought out. Skoda deserves credit for that.

The other migrant crisis in Libya