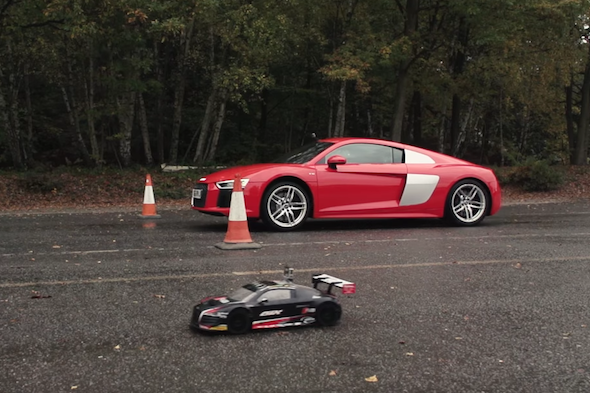 When you think of a remote control car, you probably think of a small child's toy, whizzing around the living room floor.

But if you're willing to part with a large wad of cash, there are some pretty serious R/C cars on the market. Autocar decided to bring one such vehicle together with its real life equivalent for a drag race.
The R/C car in question is a 1/6th scale Losi 6IX Audi R8 LMS racer, which will set you back nearly £1,000. The full size Audi R8 V10 Plus it's up against costs a whopping £135,000.

So they're both ludicrously expensive in their own way, but the question we all want answered is this: Which one would win in a drag race?

With a quarter-mile course laid out, the two cars lined up in a head-to-head drag race. Which wins? You'll have to watch the video to find out!