The UK's loneliest - and most vulnerable - homes 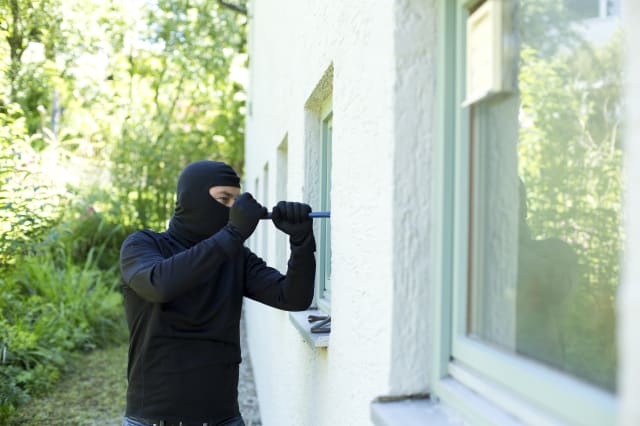 Is your home going to be lonely this Christmas? In fact, is it lonely for large portions of the year? A new study has revealed that houses across the UK are left empty for the equivalent of 51 days each a year. And burglars couldn't be happier.

See also: Householders warned over spike in break-ins as clocks go back

The research, from Churchill Home Insurance, found that the loneliest homes are in Sheffield - empty for 60 days a year. This is followed by London at 58 days a year. They also discovered that flats are left empty for longer than homes. Rented flats are empty for 74 days a year, and owned flats for 69 days.

It's not that we're leaving town for weeks at a time: Churchill came up with the figures by calculating how long homes are empty each day, and adding them together to come up with the total number of days they are unoccupied during the year. The 51 days comes from the fact that homes are empty for an average of three hours a day.

Dr Claire Nee, Psychologist at the University of Portsmouth said: "We're busier than ever with work and other commitments, especially at this festive time of year so it's not surprising that our homes are empty for part of the day. The key is to make sure that we leave our properties safely locked up so that we can go about our days without worrying about a break-in."

Unfortunately, it appears that we are falling short on this front. The researchers found that more than seven million UK adults have no security features to protect their homes - whether that's a burglar alarm, window locks or deadlocks.

Some cities are particularly poor at installing security measures. The worst of all is Edinburgh, where 27% of houses are unprotected. This is followed by Glasgow at 20%, Birmingham at 18% and Southampton at 17%.

Martin Scott, head of Churchill home insurance said: "Protecting your home is essential all year round, but the longer and darker nights can provide cover for a home intrusion. Unfortunately, Christmas is a prime time for burglars as they know properties are left unoccupied and there are more high value items in the home than usual. With so much going on, home security can be easily forgotten but we urge people to stay vigilant and protect themselves and their properties this Christmas."

"Simple measures like double locking doors and windows, setting the security alarm whenever the property is empty, making the home look occupied and keeping valuables out of sight can make a big difference and ensure it's not the burglars who are having a Merry Christmas!"