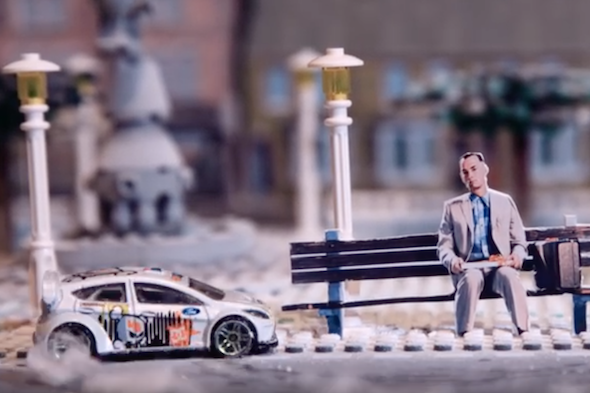 Following the success of last year's Ho Ho Hokhana, Ford has released yet another Snowkhana.

The fifth instalment of the popular stop motion video is an ode to a host of festive blockbusters, including Scooby Doo, Fast and The Furious, Harry Potter, Star Wars, Back to the Future, Toy Story and Ghostbusters.
Mental Block hops from the tundra of ice age to the barren Star Wars galaxy, and then to Narnia, where he performs donuts around a lego Mr Tumnus.

After speeding past Marty McFly and Doc Brown, he races in front of the North Pole Express, before rescuing Harry Potter from a gaggle of huge spiders.

Buzz and Woody make a cameo, before Potter spirits them back to Andy's room, and characters from Scooby Doo and Frozen then converge on the set of Anchorman.

As the characters gather together, Mental Block and the Focus drive onto the back of Santa's sleigh, and away they fly.