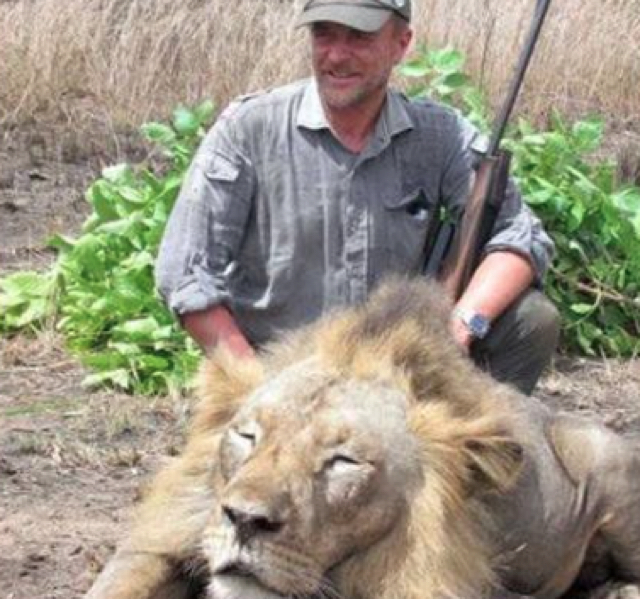 A trophy hunter vet who sparked outrage after posing next to a lion he had killed has died after falling 100ft down a ravine while shooting birds.

Luciano Ponzetto, 55, received a host of hate mail after sharing shocking pictures of his kills, which also included a leopard.

He died after slipping on ice and falling into a ravine while hunting for birds to eat with friends in the Colle delle Oche in Italy, reports the Metro.

According to The Sun, an Italian police spokesman said: "We were called by the mountain rescue services who had been alerted to the incident by someone who was out with him.

"His body was recovered by helicopter and taken to a local hospital.

"It looks like he slipped and fell when he was out hunting.

"He died instantly and there was nothing that could be done."

Mr Ponzetto was forced to step down as the medial director of a kennels in Turin after sharing his pictures, according to the Telegraph.

He always maintained he was doing nothing wrong.

However, a number of users on social media sites have offered little sympathy, with some describing the fact that he died on a hunt as "karma".

In pictures: the world's endangered predators
Up Next