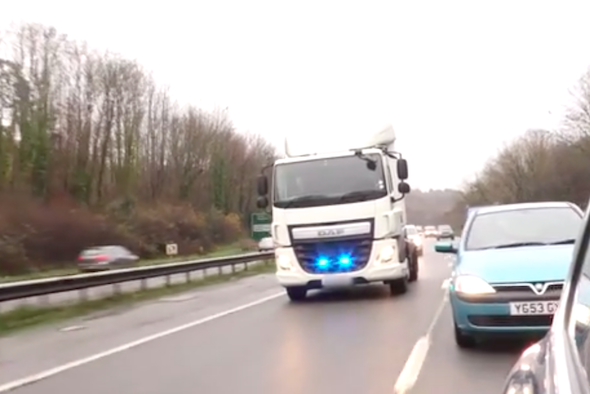 Police in Devon have unleashed their latest weapon in the war against distracted drivers: an unmarked DAF HGV that gives cops a better vantage point to see motorists using phones at the wheel.

The monster machine, which has already been spotted patrolling the busy A38, looks like any other DAF truck but has been kitted out with lights and a siren to catch motorists in the act.According to officers, the truck has already caught a fellow lorry driver cooking a meal on a hob on his cab as he motored along blissfully unaware he was being watched.

According to The Exeter Express and Echo, a number of unmarked police vehicles have been employed during a large-scale operation to target known organised crime groups, as well as drivers who were exhibiting the "fatal four" characteristics of poor driving, which are drink and drug-driving, using mobile devices behind the wheel, inappropriate speed and not wearing a seatbelt. 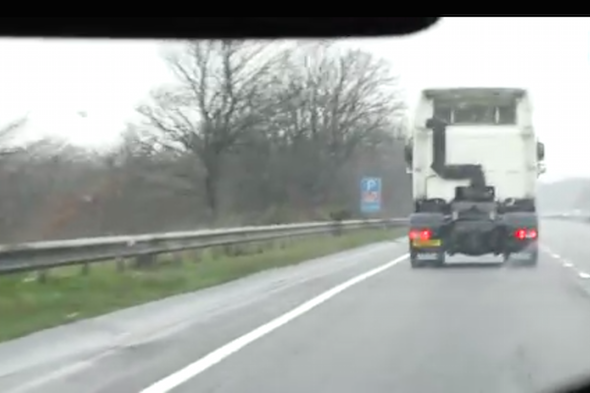 Chief Inspector Adrian Leisk, head of roads policing at the Alliance Operations Department, told the paper: "The overall aim of Operation Allied Wolf is road casualty reduction, at the same time helping to minimise crime and traffic related incidents in the area.

"We have focused on drivers who may be impaired through drinking alcohol or taking drugs.

"Drivers must understand that if their judgement is impaired because of these factors, then being 'under the limit' will not prevent them from being arrested and possibly prosecuted."

According to The Telegraph, the crackdown has also seen a teenager caught driving a tractor on the dual carriageway while browsing Snapchat on his mobile phone.