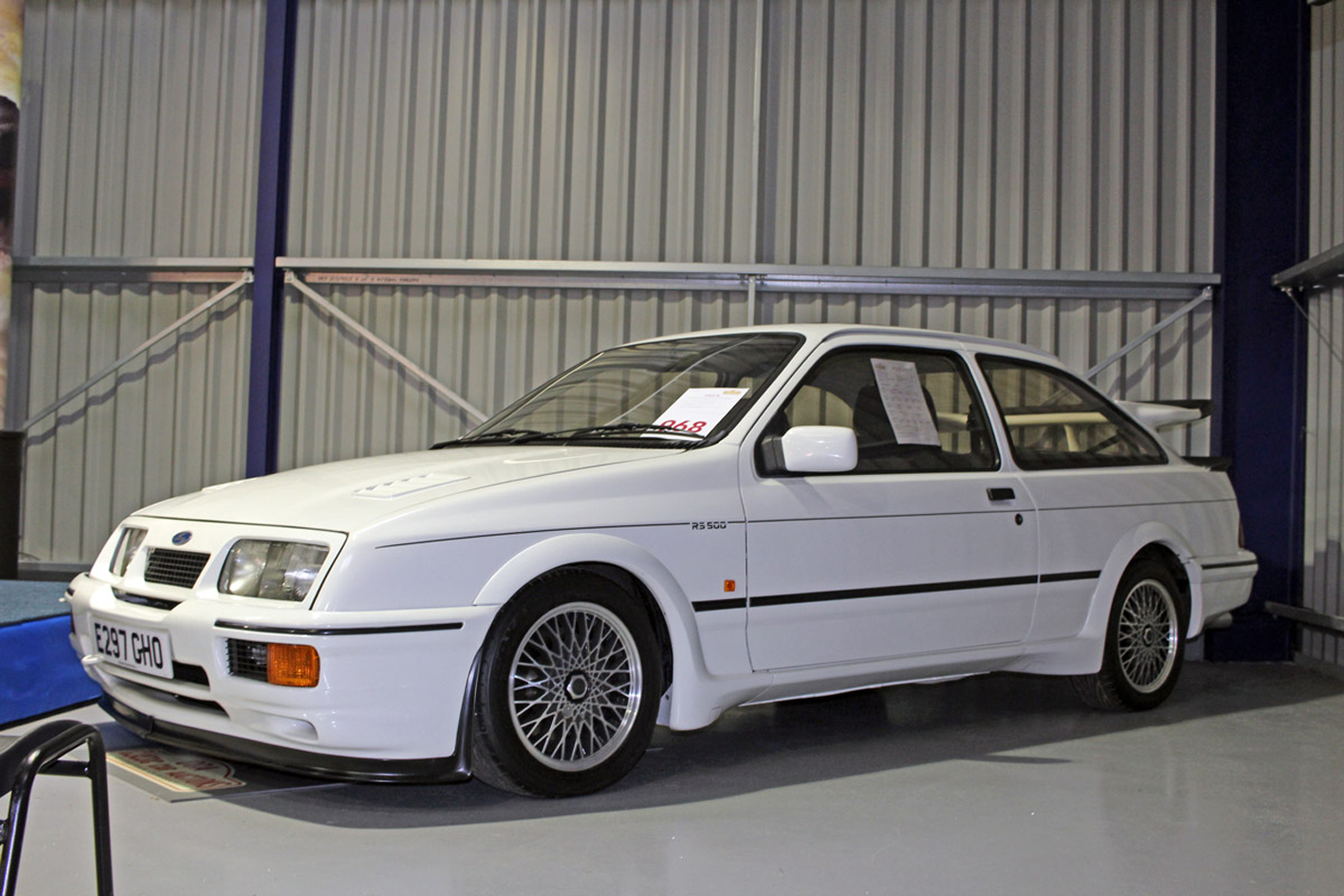 The latest Classic Cars Auction drew in over £1.4million in total sales.

The December Sale, held at the Warwickshire Exhibition Centre, saw hundreds of potential buyers turn out and 82 per cent of the lots under the hammer sold.Topping the list of vehicles sold was a 1987 Ford Sierra Cosworth RS500. First sold in 1988, the car had covered on 12,000 miles when it was listed for the sale. A large amount of interest meant the desirable classic sold for £15,000 above its lower estimate for £75,900.

A replica Lamborghini Countach 5000 QV also went for well above its lower estimate, after it was sold for £57,200 – more than £30,000 above its lowest target price. The price it fetched was still ten per cent lower than the cost of the genuine article.

Porsche fans also had lots to tuck their teeth into, with a 1979 Porsche 930 Turbo, coming with a 3.3-litre turbocharged engine and was supplied from the UK sold for £59,950.

CCA are now inviting potential sellers to put their cars in the Practical Classics' Classic Car and Restoration Show sale on 1st and 2nd April 2017.

CCA auction manager, Guy Lee Milne said: "We encourage potential sellers to get in touch with us as soon as possible as demand to enter a car into this sale has already been high and space is strictly limited.

"With the mix of an amazing, well-attended show, sensible reserves and quality pre-sale marketing we hope to achieve strong prices for vendors like we have just done at our December Sale."