You'd need A Level maths to understand your finances 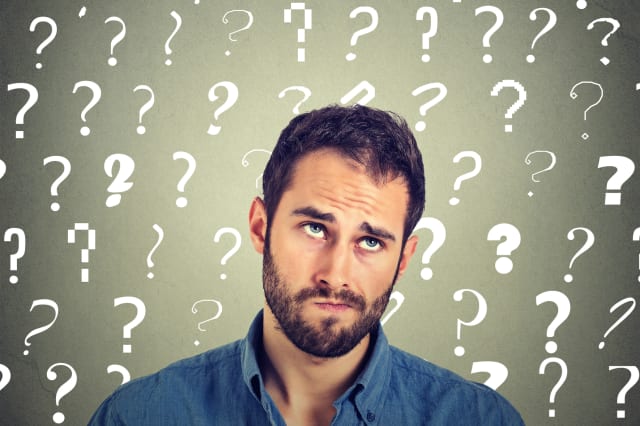 Maths PhD Christian Yates, from the University of Bath, examined the level of mathematical ability people need in order to do very basic banking, and concluded that it was roughly the equivalent of A Level maths. It's hardly surprising, therefore that three quarter of people are baffled by banking.

See also: You could fly from London to Paris in the time it takes to read travel policy


The research, done for Tandem Bank, found that jargon is a major problem: 86% of people said that it makes it harder to make informed decisions.

The most confusing mortgage terms in the study were offsetting (which 89% don't understand) and 'tracker mortgages' (which 49% of people don't know about).

Unsurprisingly, 94% of people think that banks should use simpler language to explain the meaning and practical implications of the most common jargon.

Even when we do understand the terms, Dr Yates warns that the way banks work means that it's incredibly difficult to work out what a product means for us.

He explains: "They often need to have A-Level standard maths to accurately understand the ramifications of banking products, or simply how to best manage their finances. Even at degree level, students would struggle with some of these problems which require long, complicated calculations."

Ruth Handcock, Chief Customer Officer of Tandem Bank, added that this was particularly alarming given that: "The Department of Business, Innovation and Skills found that just under half of UK adults have numeracy skills equivalent to an 11-year-old or younger."

What can we do?

Given these figures, it's hardy surprising that 41% of people would rather keep the cash at home than try to get to grips with banking. However, it doesn't have to be impossible.

When you borrow, save, invest, buy insurance, or take out a mortgage, there will be a raft of things you may not be familiar with. You need to decide upfront whether this is something you can research yourself, or whether you need help.

If you can research itself, there's a wealth of information online, including on AOL and the Money Advice Service website, where you can read all about the options available to you.

You can then search online for the most suitable products through a comparison service.

Finally, you can use online tools to calculate the effect on your finances if you opt for a specific product. The Money Advice Service has a brilliant range of them - from a credit card calculator to a mortgage affordability calculator and a loan calculator.

If you need someone to talk you through your finances, consider who you have in your network, and approach them. They won't be able to offer advice, because they need to be qualified for that, but if they are knowledgeable they will be able to explain some of the jargon to you. Don't be embarrassed to ask - and to keep asking if you still don't understand. There's no shame in not knowing this stuff.

If there's nobody in your network who can help, the best person to help depends on the issue you're dealing with. If it's debt, a charity like Step Change is a good place to start, if it's products like savings or insurance, Citizens Advice may be able to explain. If it's a mortgage, a mortgage broker will be able to help, and if it's investment, you may need financial advice.

Paying for independent advice may not be the cheapest option, but if you cannot get to grips with a subject alone, it's the safest way to ensure you don't get caught out.