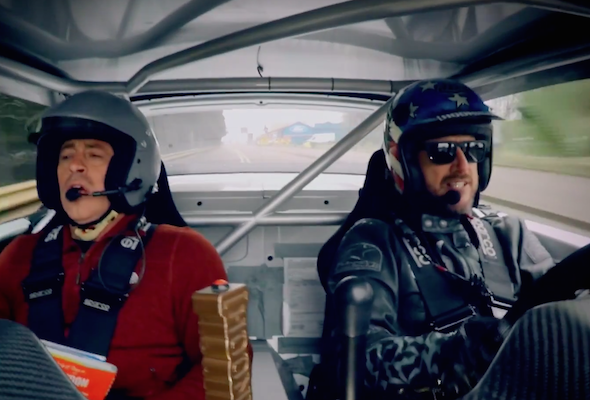 An extended director's cut of Ken Block's recent Hoonigan antics in the centre of London has been released.

At the wheel of his 845bhp Mustang, Block gives Top Gear presenter Matt LeBlanc the ultimate guided tour of the capital.
While LeBlanc attempts to read from a travel guide, the Hoonigan speeds and drifts its was through the capital's landmarks. A short of the footage appeared on episode three of the new Top Gear series back in the summer, but this latest 10-minute-long video shows the entirety of the antics.

At the time of the stunt, back in March, Top Gear faced controversy for its proximity to the Cenotaph, one of Britain's main war memorials.

Reportedly costing £100,000 to film, part of the action sequence saw Block fill Whitehall with smoke after performing a series of donuts.

Unsurprisingly, this scene didn't make it into the director's cut.