Road Test of the Year 2016 - Introduction 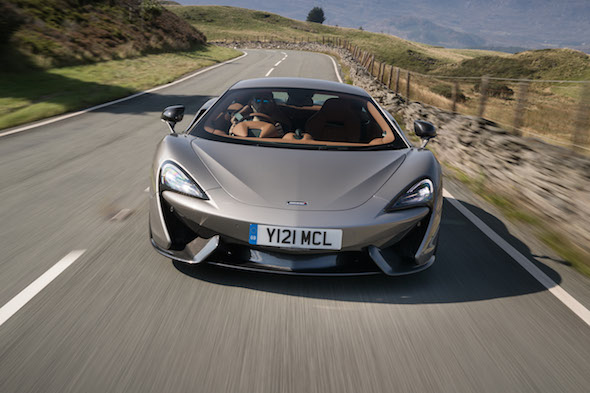 I'm playing a game of catch me if you can. I'm two hours behind the crowd and really rather late. The rest of this year's RTOTY team left for Wales at sensible o'clock. I, on the other hand, did not.

Duty-bound to hang around on the south coast, I'm staring the thick end of five hours of motorway monotony in the face and itching to get going.

Luckily, I've won the first round of the RTOTY lottery. Sitting outside my house is McLaren's 'entry-level' 570S, its carbon-fibre shimmering in the late summer sun. Although technically at the bottom of McLaren's range, the 570S is hardly entry-level – costing £143,250, it's a rival to the Porsche 911 Turbo, BMW i8 and up against one of the main contenders in this year's RTOTY, the new Audi R8.

That battle can wait, though. There's plenty of time for those two to draw blood in the days of testing we've got ahead of us.

We've managed to bring together some of the greatest cars to enter your showrooms in the past 12 months – and my word have those months been kind. We've been treated to a bumper crop of new metal lately – some of the most exciting, most capable and most beautiful cars we've seen in years – and here we're lucky enough to pitch them head to head.

Already further up the country are eight more contenders, all of them arguably as exciting as this 570S. Not that I'd believe that right now. Just 10 minutes into my drive and I've experienced the full-on assault on the synapses this 'baby' McLaren can launch – and it's mind-boggling. Entering a motorway slipway from a full 90-left, fast-paced roundabout, I floor the throttle and we drift gymnastically around it. All smoke and big turbo whoosh. I whoop like a child who's just scored the winner in the school football tournament – this thing makes you feel very special indeed, and I'm beaming from ear to ear.

My drive to north Wales is fast and frankly silly. I watch out of the window as the carbon wing mirrors melt the lines in the road around them like a Salvador Dali painting and soon realise it's not just me who's mesmerised by the McLaren.

Passing traffic turns paparazzi as windows are lowered and the bronzed Brit (the car, not me) is saved to camera rolls and shared with the world. I can't blame them – the 570S looks out of this world. The deep scoops, the McLaren logo-shaped headlights, those dihedral doors – they all add up to one spectacular machine. In fact, if I were that passing traffic, I'd be doing exactly the same thing.

I arrive in Wales as dusk is settling in. The sky is painted Sunny Delight orange – a summer cocktail of colour, punctuated with wisps of ice-cream clouds. As the scenery rises out of the ground, from flat calm to the green folds of the valleys, I can't help but think about the epic days ahead. In the end, I arrive at our Denbigh base before a few of my comrades – two of whom have seemingly taken the very long route to enjoy their challengers on the astonishing roads Wales does such a good job of hiding.

After an evening of tall trip stories and some initial protective skirmishes as to which car should win, we retire – before someone gets hurt. Even now, after just mere motorway miles under their respective belts, it's clear this is going to be one hell of a fight.