The cheapest time to book a weekend away 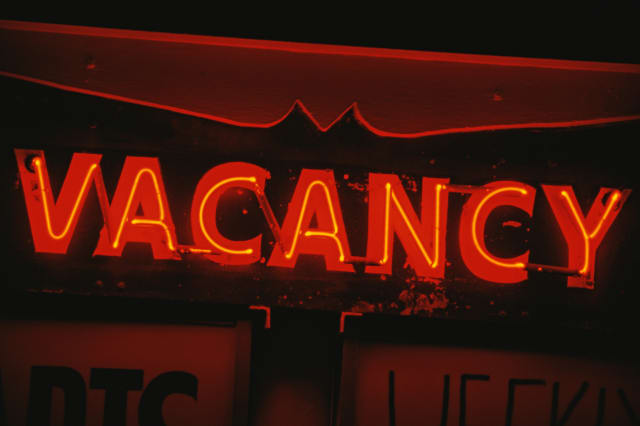 Hotels are notoriously secretive about how much they charge for each room. Of course, there's a notional room price, but what you actually pay can vary by tens - or even hundreds - of pounds, depending on when you book. Hosts on Airbnb are getting in on the act too, and changing the price of a night depending on how many days it is before your stay. So when should you book to make sure you get the best price?

There are two times when hotel prices may be cheapest. The first is if you book a long time in advance. Hotels like to get plenty of advance bookings nice and early, so will often offer early-bird deals. This sometimes involves a discount, and sometimes means free extras - like an upgrade, breakfast or an extra night for free. Once the early bird period is over, the rooms will sell at 'full price'.

The price may then change again as the date of your stay approaches, but there's no guarantee of exactly when the discounts will kick in. Typically hotels will review their prices 90, 60, 30, 14 and 7 days in advance. If they have hit their desired occupancy level by this stage, they won't reduce the price. If they are off target, they will start to make reductions. These reductions will get bigger and bigger in the run up to your stay - until it hits its target and reverts to full price.

It's worth bearing in mind that hotels themselves will not want to be seen to be cutting their costs - because they want to protect the idea of a 'room price'. If you are booking late in the day, therefore, you might want to take advantage of the secret hotels deals offered by the likes of Lastminute and Hotwire. They sell hotel rooms at a big discount at the last minute. They tell you the location and how many stars it has, but the sites won't reveal the actual hotel you have booked until you pay - so only you know what hotel you got for your knock-down price.

Whether you choose to buy early or late largely depends on your destination and the time of year. If you are planning a trip to a big city with a Christmas market during the Christmas period, then you may be best to book early, as the hotels are likely to hit their targets. If, however, you were planning an off-season trip to the seaside, you might be best to wait for a last minute bargain.

Airbnb prices also change as the date of your trip approaches. This can either be done manually by the owner, or by using the Smart Pricing Tool, which automatically reduces the price as the date approaches. A new study by My Property Host (which manages Airbnb properties on behalf of owners) has found that the best time for booking property for a weekend away on the site is six days in advance.

My Property Host managing director, Elena Lopez, explains: "For Airbnb hosts, a discounted booking is always better than no booking. Typically, the tipping point is one week out – it's then that hosts start cutting prices most rapidly, while for guests there is still a reasonable selection of properties to choose from. Travellers who are willing to leave it this late to book will get the best prices for short stays, as hosts will be keen to fill any gaps – and often slash prices to do so."

Researchers found that landlords seldom reduce asking prices with more than 30 days to go until the travel date, with discounting beginning in earnest in the final weeks. With 15 days to go, asking prices will typically have been trimmed by 5%, with discounts climbing to 10% at 10 days out and 18% at six days out.
However, the six-day sweet spot only applies to short bookings of two nights or less. Availability for longer stays declines much sooner as travellers seeking long stays tend to book early for fear of missing out.

In a survey of popular city break destinations, by Caxton FX, Berlin was named as the tenth most affordable.

The researchers looked at a number of common holiday expenses, and Berlin scored particularly well on the price of a glass of wine and a Big Mac.

Nobody who has ever visited Paris would ever expect to see it on a list of affordable destinations, but the falling value of the euro, has brought prices down across the board - putting the city in eighth place.

None of the expenses assessed by the researchers were strikingly cheap - except the cost of a taxi ride.

You could be forgiven for being bemused by the presence of such an expensive city on the list, but there's one good reason for it.

Despite coming out among the priciest destinations for everything else, the researchers also included the typical cost of a visit to a world-class museum. In London's case, this is free - gaining it a place in the top ten.

This is another destination where the falling euro has made a visit far more affordable recently.

Relatively cheap alcohol and museums were largely responsible for its strong showing at number seven on the list.

It's not just the home of bureaucracy and beer, Brussels is also a cultural centre with bargain museum entrance fees, and cheap local transport.

The fall in the value of the euro has made Dublin excellent value for visitors. Relatively affordable food and drink - and a free national museum, put the city in fifth place overall.

It's also by far the closest of the top five most affordable destinations - putting it within reach for even those on the tightest budgets.

Prague has always had a reputation for affordability - which is one of the reasons why it's so popular with stag weekends.

The booming tourist industry has put prices up a little, but it still holds onto fourth place. The researchers were particularly struck by the affordability of a glass of wine in the city.

The Moroccan city is incredibly cheap for all sorts of travellers' essentials. So, for example, a daily travel card will set you back little more than 30p.

In fact the only area where the city scored poorly was in the cost of a glass of wine - where it was the second most expensive of the top ten (after London).

The Hungarian capital has so much to offer - from the architecture and history to the nightlife - that the affordability of the city can come as a surprise.

The researchers found that all of their typical travellers' costs were affordable in Budapest.

How To: Make your home bathroom feel more high end on a budget