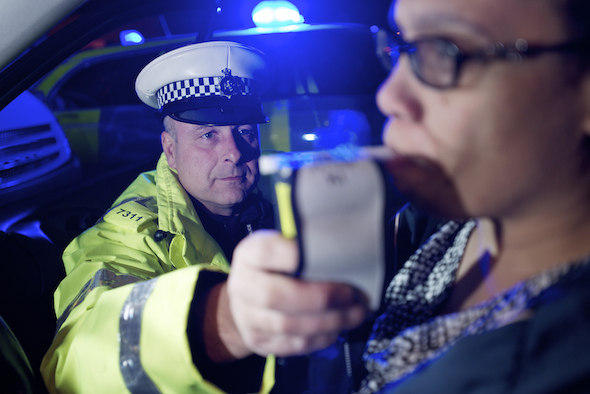 Women are more likely to be targeted by traffic officers on suspicion of drink-driving this Christmas – because they have the form for it, according to new research.

Data, collated by Insurance Revolution found that 64 per cent of all female convictions for serious motoring offences were for driving under the influence.

This means that more women are convicted for drink driving than for driving while uninsured, driving without due care and attention and causing death by dangerous driving. Meanwhile, 62 per cent of all male driving convictions are attributed to drink-driving.

The data goes into further depth to reveal that drink-driving is most common among middle-aged. Of all driving convictions carried out by women, more than a third are drink-driving offences committed by those aged 45 to 60.

The male demographic, which is the most prolific for drink-driving is younger, with a third of those convicted aged between 25 and 34 years old.

Finally, motorists under the age of 19 and over 61 are the least likely to be convicted for the crime.

Blood-alcohol levels can be dependent on a number of factors, including age, weight, sex and metabolism, so there is no clear-cut amount of alcohol after which you can safely get behind the wheel.

Instead, motorists are advised to avoid alcohol altogether if they intend to drive.

Mark Rigby, managing director of Insurance Revolution, a company that specializes in insuring previously convicted drivers, said: "As far as motoring offences go, drink-driving is a massive concern - especially over the Christmas period.

"As more and more people will be celebrating over the holiday season, we need to remind everyone that the consequences of driving under the influence might not just include a court appearance but also death.

"We urge all drivers to look at other methods of transport home after work parties, pub outings and celebrations over this festive period.

"A taxi fare is definitely worth spending for that peace of mind."