The Grand Tour's next episode promises to be explosive 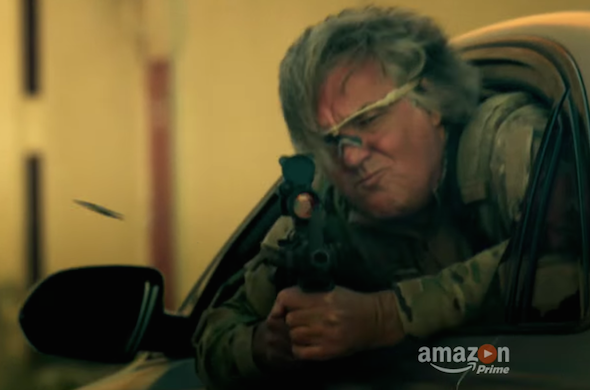 It was the most-watched debut for an Amazon Prime television show – seeing the second highest number of Prime sign-ups in a single day – and was beaten only by the launch of a special promotional offer for Prime customers earlier this year.
Now, The Grand Tour team has uploaded a trailer to promote the second episode.

It's called 'Operation Desert Stumble' and sees Clarkson, Richard Hammond and James May head to Jordan to join special forces soldiers in their intense training regime. In the short clip, they can be seen shooting a gun from a moving car and causing huge explosions.

Elsewhere in the episode, Clarkson tests the track-only Aston Martin Vulcan, while May finds out about a sport called 'spinning'.

A new episode of The Grand Tour is available to stream on Amazon Prime every Friday for the next 11 weeks.
Tags
Read Full Story