Concerned beachgoers try to save beached dolphin in Brazil 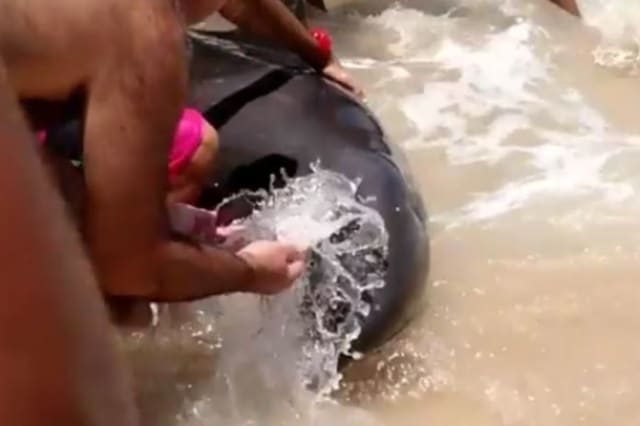 A group of concerned beachgoers tried to help a stranded dolphin on Brazil's Itacoatiara Beach reach deeper water, as seen in this video.

The footage shows a crowd surround the distressed dolphin, before a small group brave the crashing waves and try to pull it back into deeper waters.

See also: Dolphin leaps from water and dives on surfer in Australia

At the end of the clip, however, the dolphin appears to swim back towards the shoreline.

It's not clear whether the dolphin eventually made it to safety or not.