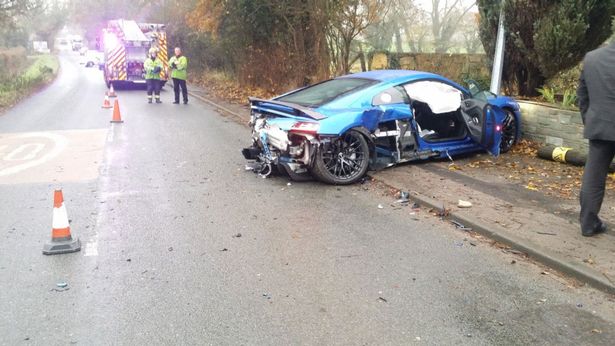 An Audi R8 V10 Plus has been destroyed in a collision with a Land Rover and a telegraph pole.

The £135,000 supercar was being driven along Tanworth Lane, in Shirley, West Midlands, about 8.45am yesterday when the incident occurred.

The exact circumstances of the crash, which wrote off the R8, are unknown, but a Land Rover was also involved and is seen in the photos with its bonnet open.

Neither of the occupants of the two-seater sports car were injured, nor was the female driver of the Land Rover. All three were out of the vehicles by the time the emergency services had arrived.

The road was closed while the cars and debris were removed.

Speaking to the Birmingham Mail, an ambulance spokesperson said: "West Midlands Ambulance were called at 8.45am this morning to Tanworth Lane to reports of an RTC involving two cars and a telegraph pole.

"An ambulance and a paramedic area support officer attended. Three people were assessed on scene by ambulance staff but didn't require hospital treatment."