Speed cameras 'are dangerous because drivers slam on their brakes' 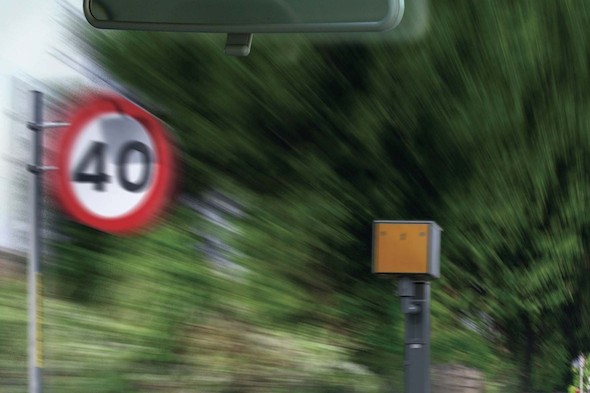 Motorists are causing danger for other drivers by slamming on their brakes at fixed speed camera sites, researchers say.

It was found that 80 per cent of camera sites in the UK had problems with drivers braking dangerously.
Researchers fitted 'black box' devices to thousands of cars to analyse driving behaviour. They found that harsh braking was most common at sites with speed cameras.

A contributing factor to dangerous braking manoeuvres is thought to be that many modern satellite navigation systems come with warnings about camera positions, giving drivers the confidence to speed until they hear the warning.

Road safety campaigners have now called for single-location speed cameras to be ditched in favour of average speed cameras, which measure a driver's speed over a long stretch of road.

This helps to ensure all cars are doing the same speed and reduces the speed difference between cars, which is considered to be one of the biggest causes of car crashes.

Steve Gooding, director of the RAC Foundation, said: "One of the key concerns about the effectiveness of spot speed cameras has been the risk that some drivers will slam on the brakes at the last moment and then accelerate rapidly away.

"Perhaps it shouldn't surprise us that there is some late braking going on when some sat navs tell us where the cameras are."

The researchers analysed 8,809 separate journeys between 2011 and 2014 and compared the data with 5,500 speed camera locations.

They found that 80 per cent of camera sites saw drivers regularly braking hard within 50 metres of their position, with data suggesting drivers were braking six times harder than would be expected for the road conditions.
Tags
Read Full Story Click here to comment