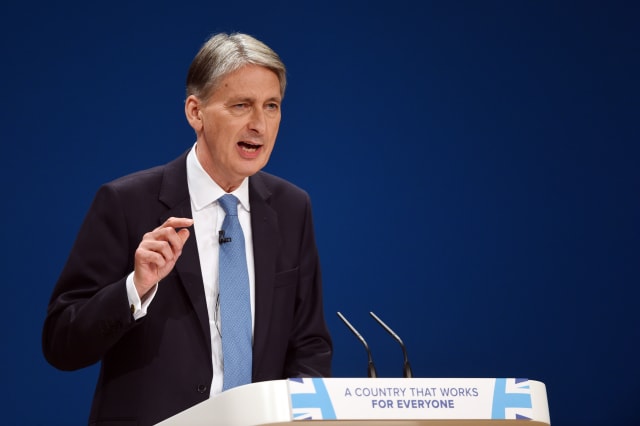 The Autumn Statement will ban cold calls from people pushing pension investments. The move is an effort to clampdown on scammers taking advantage of pension freedoms in order to cheat pensioners out of their life savings.

See also: What can we expect from the Autumn Statement?
The issue has come to a head because pension freedoms mean savers can cash in their entire pot at the age of 55 - subject to tax. It means that if scammers can persuade pensioners they are offering a genuine investment, and get them to transfer their pot into a bogus scheme, they could potentially get their hands on hundreds of thousands of pounds.

See also: Nuisance calls crackdown
The potential criminal rewards mean scammers redoubled their efforts to con pensioners, bringing enormous risks for those wrestling with investment decisions on a scale that many had never faced before.

Scammers have invented a vast array of bogus investment opportunities from hotels and storage units to ethical projects and no-lose share investments. It has persuaded many people to part with all of their life savings - and they have lost every penny. The government itself estimates that eight scam calls are made every second - and £19 million is lost to the criminals every year.

The government said in a statement: "Philip Hammond will use this week's Autumn Statement to announce the government's intention to ban pensions cold calling, protecting millions of vulnerable people and cutting off the main route through which cowboys trick people out of their life savings."

How will it work?

The idea is to ban cold calling on this topic altogether, and give regulators the power to fine those who break the rules up to £500,000. The only people who would be able to call pensioners with an investment opportunity are the regulated companies that already have a relationship with them. Even if you have accidentally opted into receiving marketing calls from a company, they would not be allowed to call on this topic.

As experts have pointed out before, this will not stop the many criminal gangs based overseas from making these calls. However, it will give pensioners the certainty that any calls they get are breaking the law, so they should not respond to them.

Former Pensions Minister Ros Altmann congratulated Hammond on the move, saying: "Well done Philip Hammond - we have to do whatever we can to protect the public against fraudsters. Vulnerable elderly people are being called and offered free 'pension reviews' which lead to them losing their entire life savings. We need to be able to give the clear message that if someone contacts you out of the blue about your pension, they are breaking the law, they are criminals. By making cold calling illegal, it is much clearer for the public that they just should not engage with such people."

At the moment, the ban will not cover approaches by text or email, although the government will consult on the possibility of extending the ban to protect pensioners from approaches by scammers in any medium.

It will also consult on the possibility of giving extra power to pension companies to block transfers of savings to providers it thinks may not be genuine. And it will consider the small self-administered scheme structures that scammers often take advantage of.

The move has come partly in response to a campaign from experts, including a petition launched by a financial adviser, and signed by thousands in the business. The total number of signatories has edged close to 8,000, but had not quite reached the 10.000 required for the government to respond. However, the expertise of those who have signed has encouraged Hammond to act.

Of course, it can't hurt that this will be a piece of good news he can announce in the Autumn Statement that won't cost the Treasury a penny, but will go down well with core voters. In fact, this is exactly what Tom McPhail, head of retirement policy at Hargreaves Lansdown, predicted at the beginning of this week.

He has welcomed the move, saying: "Pension scams can ruin people's retirement, sometimes casting a permanent blight on their quality of life, for the rest of their lives. Investors need protecting from unscrupulous unregulated salesmen, so we welcome this announcement. The government's plans to make it harder to register scam pensions in the first place and to make it easier for legitimate pensions businesses to block suspicious transfers are also important and welcome developments."

However, some are hoping this is just the beginning. Tom Selby, senior analyst at AJ Bell, told the BBC: "Policymakers must see this as the beginning of the process of tackling pension scams, not the end. Banning cold calling will cut off one of the heads of this many-headed beast, but the government, regulators and industry must remain vigilant and consider what further measures might be necessary to deter fraudsters."