Driverless cars will be 'bullied' by humans 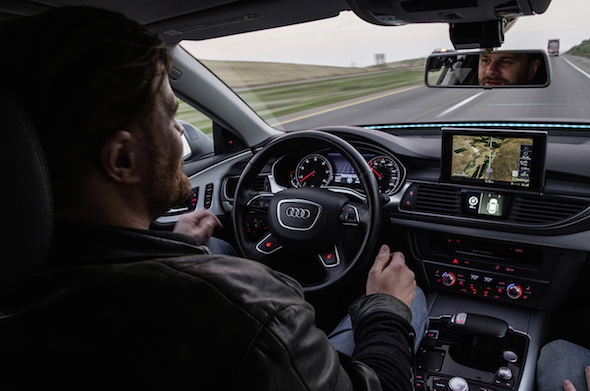 Autonomous cars will be 'bullied' by humans sharing the same space, according to Mercedes-Benz USA boss Dietmar Exler.

The chief executive is frequently asked what is slowing development of self-driving cars, and at the AutoConference LA this week he explained that 'the real issue is humans', rather than the cars themselves, slowing progress for this technology.

As he said, driverless cars will be programmed to drive within the legal limit and follow strict rules, making them far safer. However, human drivers can be aggressive, lack concentration and frequently don't follow the highway code.

When it comes to cutting in, Exler added, driverless cars will be targeted by human drivers because they know that autonomous cars will be programmed to stop when they are faced with an obstruction.

"They'll look for the autonomous car and that's where they'll cut in," he said.

Exler's solution is to make driverless cars more aggressive and assertive, which could theoretically happen, to match their human counterparts, although he doubts this would be approved by regulators.

Originally, Mercedes-Benz was worried that its customers would be resistant to self-driving cars, as they are usually keen drivers. However, market research showed otherwise and the brand is pushing on with both autonomous and semi-autonomous cars.

Exler added that he had seen a 72-year-old SLS AMG driver, who said he would never use driverless technology because it's 'boring', turn full circle after a ride in an autonomous S500. However, after he had finished the test drive he said 'I will buy this right now,' according to the Mercedes-Benz USA boss.