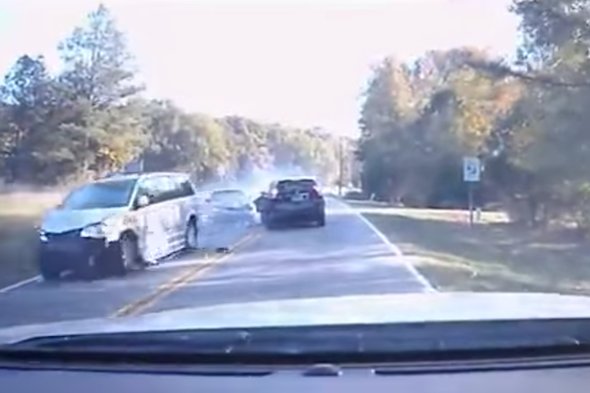 This is the dramatic moment a car caused a massive pile-up after a dangerous overtaking manoeuvre.

The incident, which took place in North Carolina, was caught on the dashboard camera of another motorist. The dangerous driver overtook the car with the camera at high speed before committing to overtaking another car some distance in front.
With traffic coming towards the scene, the driver just managed to squeeze between the two cars. However, the oncoming people carrier was forced to brake hard.

The SUV behind didn't slow down in time and crashed into the back of them, before a third car also crashes into the scene. A fourth car approaching the incident takes avoiding action on the grass.

It's unknown whether the police caught the driver who caused the crash, but the pile-up does demonstrate the importance of leaving a big gap between your car and the one in front.