Here's the hilarious moment a trailer overtakes the vehicle towing it 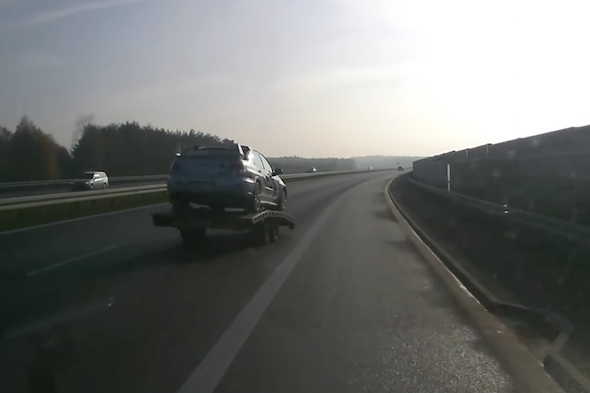 A rally team had a huge shock when they suddenly realised their own trailer was overtaking them.

The video starts with a typical motorway scene in what is believed to be an Eastern European country as the vehicle with the dashboard camera goes to overtake a car. Suddenly, expletives fill the air as the rally team's vehicle starts to swerve a little.
As the driver slows down and pulls to the side of the road, the reason for the cursing becomes clear. To the left, a trailer rolls past carrying the team's Subaru Impreza rally car.

Out of control, it rolls towards the hard shoulder and comes to a stop when it hits a grass verge. Mud is scattered on to the road but the trailer stays on its wheels and appears to escape damage.

According to the video uploader, the trailer was quickly reattached and the team made it to the rally on time.