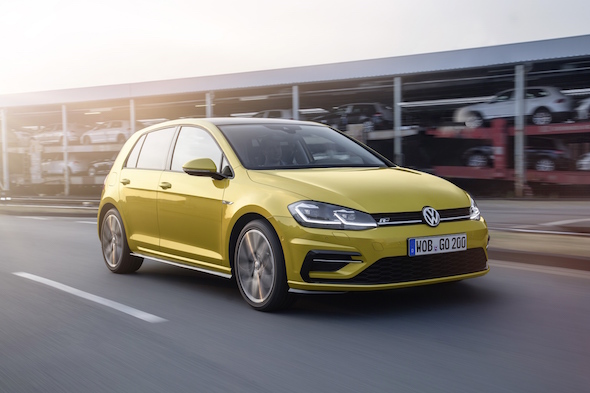 Volkswagen's beloved Golf has seen significant updates, which combine to make the facelifted model a leader in its class.

Photos of the 2017 Golf leaked just hours before its official unveil yesterday at Volkswagen's headquarters in Wolfsburg by CEO Dr Herbert Diess, in which he presented the 2 and 4-door models as well as the Golf GTI, Golf GTE and Golf Variant.
Instead of a comprehensive new model, this latest guise will be known as Mk 7.5, and focuses on powertrains, design and technology over chassis and body components. The model family will stay the same.

Every Golf model will now come as standard with a colour central dashboard screen 6.5 inches or larger. Impressively, the manufacturer has succeeded in doubling the basic display resolution offered in the current car.

Another technology to make its debut in the compact class on the Golf is Emergency Assist braking, while City Emergency Braking with new Pedestrian Monitoring function and Traffic Jam Assist (partially automated driving at speeds of up to 60 km/h) also feature.

Volkswagen Golf gets major update
Up Next

Volkswagen has also boosted the performance of its GTI, with it now offering a power output of 227bhp, or 242bhp with the Performance pack.

A newly developed seven-speed dual clutch gearbox (DSG) will gradually replace all six-speed DSGs in the Golf, in order to cut CO2 emissions.

Finally, a more refined design is seen across all Golfs, with front and rear bumpers, halogen headlights with LED daytime running lights, full LED headlights, front wings and full LED tail lights all updated on the latest Golf. Wheel and colour options have also been updated, while new decorative trims and fabrics are offered in the cabin.
Tags
Read Full Story Click here to comment