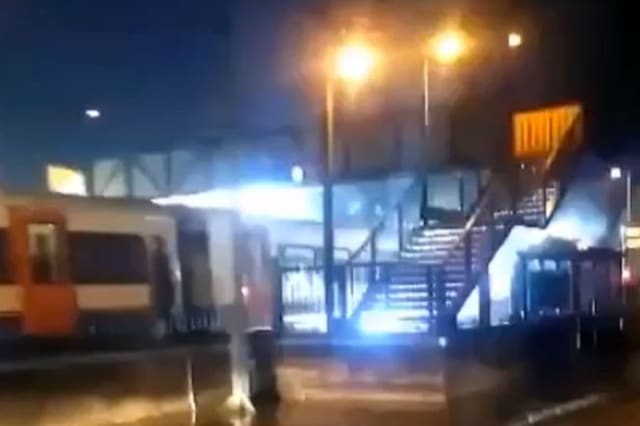 A massive electrical fault stopped trains as sparks began to fly at a railway station.

See also: You can now expect a cheque if your Virgin Train is delayed

Train were suspended as terrified eye-witnesses reported the chaotic scenes.

Teenage passenger Myles Harding told the Bournemouth Echo there was a loud bang and several flashes as flames engulfed a carriage.

The 17-year-old said: "It was so scary. I make that journey to college and back every day and you just do not expect to see something like that.

"There was a loud bang and I quickly got my phone out to film it because I thought, no one is going to believe this.

"Then there were these really bright flashing lights and everyone was shouting. There were all these sparks, it was like a firework display."

In a statement on their website a spokesman for South West Trains said: "A problem has been identified with the equipment which delivers the electricity to the third rail, which powers the trains, near Dorchester.

"As a precaution, the power to these rails has been disconnected, and engineering staff are en route to the site."