SEMA 2016: The weird, the wacky and the wonderful 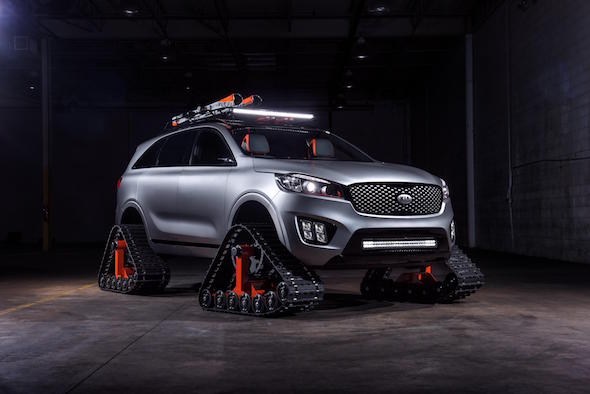 When we think of motor shows, we tend to think of sensible events in which manufacturers show off their latest models as very serious car enthusiasts wander by.

But there's one show in particular that turns that stereotype on its head, and it's called SEMA. It's the Speciality Equipment Market Association's annual gathering in Las Vegas and it's a place for aftermarket parts makers to exhibit their products.
As with more traditional shows, if you want to make headlines you need to turn up with something a bit special. And when you bring together a bunch of people who make extroverted cars for a living, the result is a collection of ludicrously over-the-top vehicles.

9 PHOTOS
SEMA 2016: The weird, the wacky and the wonderful
See Gallery

SEMA 2016: The weird, the wacky and the wonderful
Up Next


One of the highlights of this year's show was the '4586' built by Huddy Motorsports for professional drifter Ryan Tuerck. It takes a Toyota GT86 body and a Ferrari 458 powerplant for one of the wildest engine swaps we've seen in a long time.

There are also many, many modified pick-up trucks. Some have been lifted to ridiculous levels, most have bigger alloy wheels than could ever be practical, and pretty much every single one could be described as garish.

Big manufacturers have started getting in on the action, too. This year the likes of Ford, Toyota and Chevrolet have turned up with extreme versions of their regular road-going cars.

The highlight has to be Kia's effort, though. The South Korean manufacturer turned up with a Sorento that had been converted to run on tank tracks. The idea is for it to be the perfect companion for skiers as it could transport them around a mountain with ease.
Tags
Read Full Story Click here to comment