Midlands police to crack down on illegal car registration plates 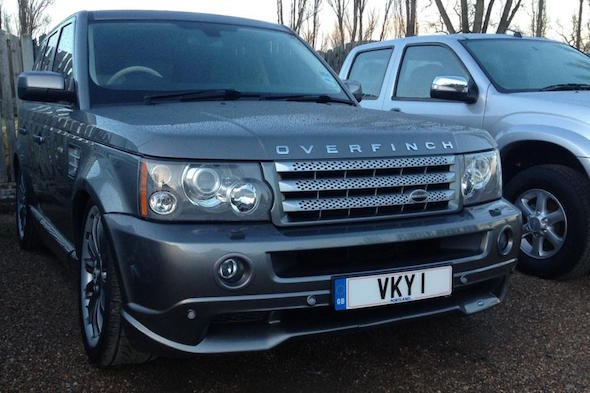 Motorists in the Midlands have been warned to ensure that their vehicle's registration plates are legal, or face a fine of up to £1,000.

From Monday November 7, officers from the Central Motorway Patrol Group will begin a week-long crackdown on the illegal plates, and will be issuing on-the-spot fines to anyone with plates displaying numbers and letters that have been altered, re-arranged, obscured or are difficult to read.
The enforcement campaign will take place across the region's main roads and motorways, and drivers who flout the law will not only face a fine, but also the possibility of their registration number being permanently withdrawn by the DVLA.

If this happens, they will not receive any payment for the loss of the plate, and so owners of high-value personalised plates could face losing a lot of money. This is a further incentive for drivers to check their number plates' legality.

In a statement, PC Mark Bull from the Central Motorway Patrol Group said:
"Officers would like to remind all motorists that it is an offence to misrepresent the numbers and letters on a number plate to form names or words, or in a way that makes it difficult to read the registration number.

"For example, you should not use fixing bolts to change any of the letters or numbers or use any font that is not standard DVLA approved."

He added that it was forbidden to also use offensive wording or a registration plate that makes a vehicle appear younger than it actually is.
Tags
Read Full Story Click here to comment