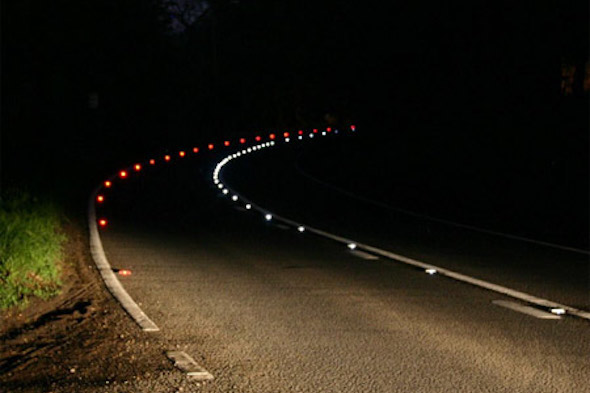 A survey has revealed UK motorists' biggest driving fears, and they include everything from lorries to low light levels.

The survey was commissioned by Scrivens Opticians & Hearing Care as part of their winter 'Can't See the Signs' campaign.
It queried 2,000 drivers on their fears and anxieties while behind the wheel, and found that a surprisingly high proportion – a third – considered themself nervous drivers.

Meanwhile, 34 per cent claimed to be anxious about driving in the dark, 66 per cent find glaring headlights difficult to deal with, and 28 per cent stay off the road in wet weather.

Three in five drivers completely avoid motorways, while two in five feel the same about roundabouts.

And while 28 per cent of car accidents occur over winter, it is in January, followed by February and then December that most motorists avoid getting behind the wheel.

Snowy weather elicits the most anxiety amongst most motorists. Two thirds say they feel nervous, while three in five drivers don't drive in the snow at all.

Pedestrians, traffic, lorries, other drivers, manoeuvres and country roads also worry those behind the wheel.

Scrivens spokesman Adrian Ellis commented: "With busy traffic, poor visibility and the actions of other drivers to consider, it's no wonder that many motorists find it stressful on the road at times.

"But the huge amount of people who appear to lack confidence when driving in certain conditions is surprising."

Of those surveyed, two in five believe poor eyesight and poor visibility can have more of a detrimental effect on a person's ability to drive than either confidence or old age.

Ellis added: "This drives home the need to have regular eye tests and optimum vision for a driver's own safety and the safety of other road users."
Tags
Read Full Story Click here to comment