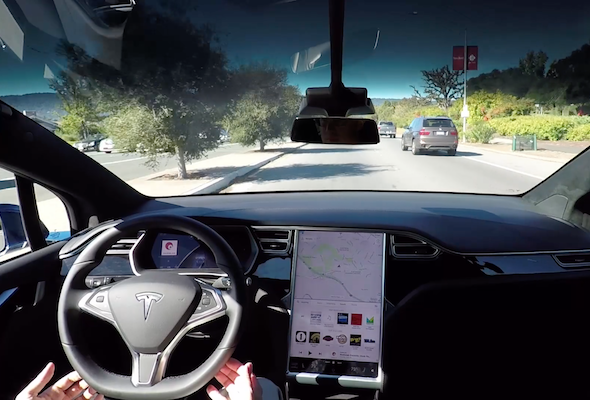 Tesla has made a big song and dance about its semi-autonomous driving technology called Autopilot.

Elon Musk, the company's CEO, recently revealed that every new Tesla to leave the factory from now on will have the capability to drive fully autonomously.
Many commentators say that pushing forward with this technology is dangerous, pointing to a couple of deaths that have occurred during crashes in which Autopilot was engaged.

However, Musk counters that the media are holding back the progression of the technology by drawing attention to it whenever something goes wrong.

In an attempt to prove how advanced Tesla's semi-autonomous technology is, Musk released a video of a Tesla with a driver not touching the steering wheel or pedals navigating a 'complex urban environment'.

In the clip, the car leaves a car park and drives along main roads in traffic. It changes lanes, negotiates motorway slip roads and even parks itself.