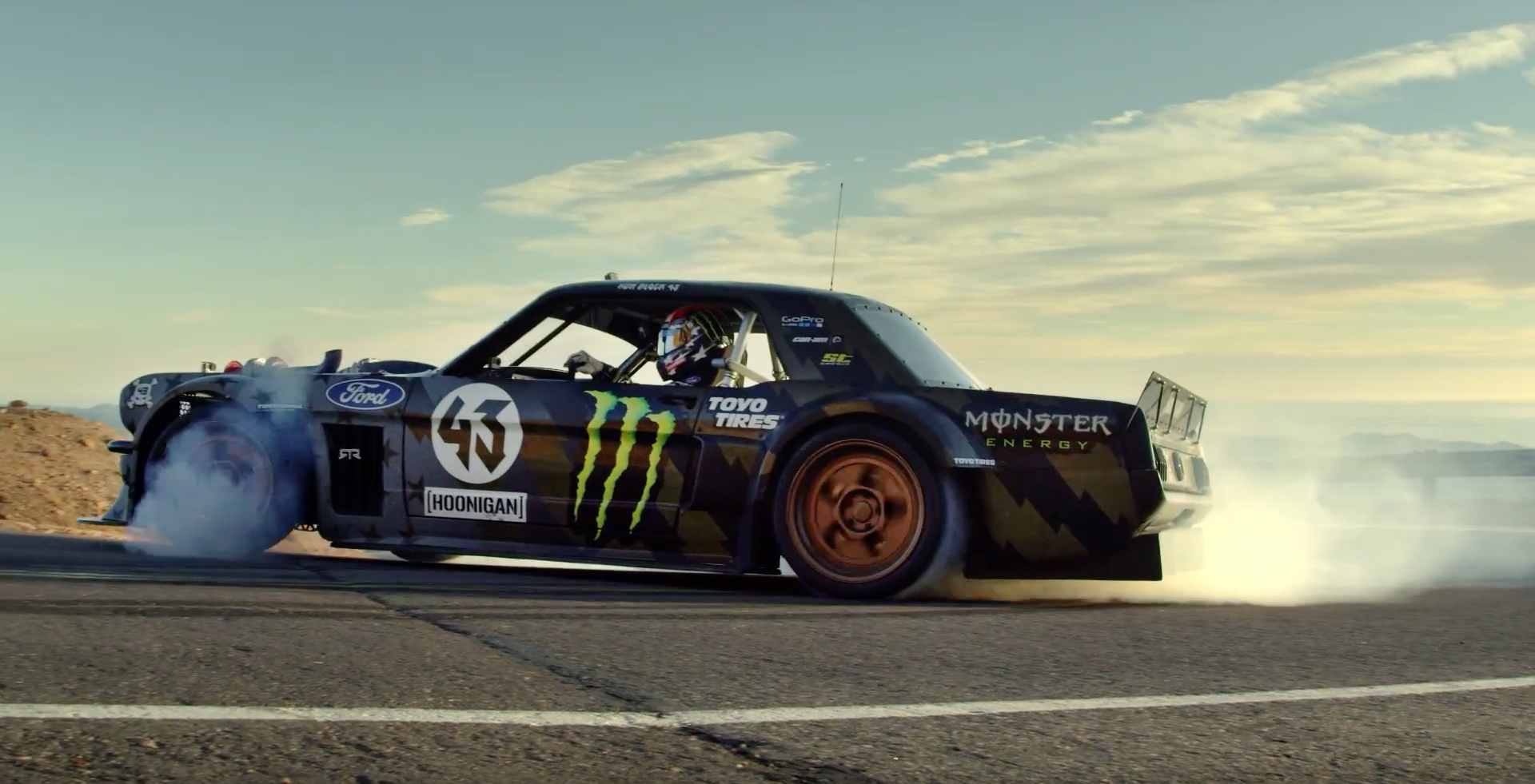 World Rallycross driver Ken Block has released the trailer for the latest in his Gymkhana stunt driving series called 'Climbkhana'.

In partnership with Toyo Tires, the stunt driver takes his twin-turbocharged V8-powered 'Hoonicorn' Ford Mustang – which has 1,400hp – up the world-famous Pikes Peak, which is the site of the annual International Hill Climb in the Rocky Mountains in North America.
This will be Block's 10th Gymkhana-style video. The ninth edition of the series was uploaded to YouTube last month.

Unfortunately for fans of the driver's videos, Climbkhana will not be released until next summer, so it will be a fair wait before they get to see Block 'hooning' up to the summit of Pikes Peak in his four-wheel-drive Hoonicorn.

Block has previously performed his Gymkhana videos in Los Angeles, San Francisco and Dubai, and was seen in the latest series of Top Gear, when he drove fellow American and presenter Matt LeBlanc around London in the Hoonicorn.