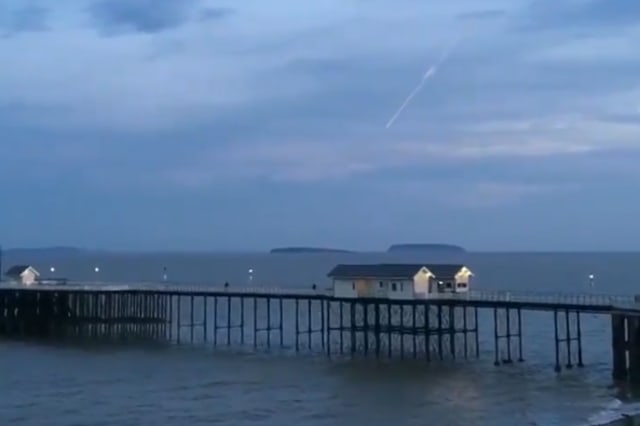 A flaming meteor-like object can be seen crashing to the ground leaving a trail of fire in this amazing footage.

As the video begins, dusk is settling over a pier on the South Wales coast. Suddenly the cameraman spots something bright in the sky at cloud level.

The shimmering object begins to descends at great speed.

As it rockets through the early evening sky it leaves a trail of fire and smoke in its wake.

Anyone else just see that..? pic.twitter.com/DlpBEQqW41

It then crashes in the distance, possibly into the sea.

He said: "It was about 6.40pm and I was on top of the hill leading up to Penarth town.

"I thought it was a flare from the RNLI."

It is still unclear what exactly the flying object was.

The incredible sighting comes jut a few weeks after a meteor was spotted at Turkey Beach and Emerald in Queensland, Australia, as hundreds of locals took the social media to report their houses shaking and a "burning light" in the sky.

Police received a number of calls from concerned residents in the Gladstone area, reporting tremors in what was initially believed to be an earthquake.

Geoscience Australia has since officially ruled out an earthquake and Higgins Storm Chasing crew said a "meteorite impacted somewhere offshore".

Commander Chris Hadfield's stunning views from space
"Tonight's Finale: The Richat Structure. A giant gazing eye upon the Earth."
"To commemorate the passing of the Iron Lady, in the centre of these London lights is #10 Downing Street."
"The Australian Outback is effortlessly crazily beautiful."
"The effortless natural art of the southern Sahara."
​"The beautiful and violent ugliness inside a naked volcano. Chad, Africa."
"Beijing just after sunset. I'm still trying to spot the Great Wall, but it's hard as it's narrow and dun-colored."
"A heraldic Spring dragon of ice roars rampant off the coast of Newfoundland."
"Canada rocks."
"Dr. Seuss-inspired swirls in the Black Sea."
"Little farmers, big farmers and nature, in Turkey."
"Big storm swirling off the Irish coast on 9th May."
"A sunny day in Scotland"
"To some this may look like a sunset. But it's a new dawn."
"Hope you Bruins play a memorable game tonight vs the Leafs."
Up Next 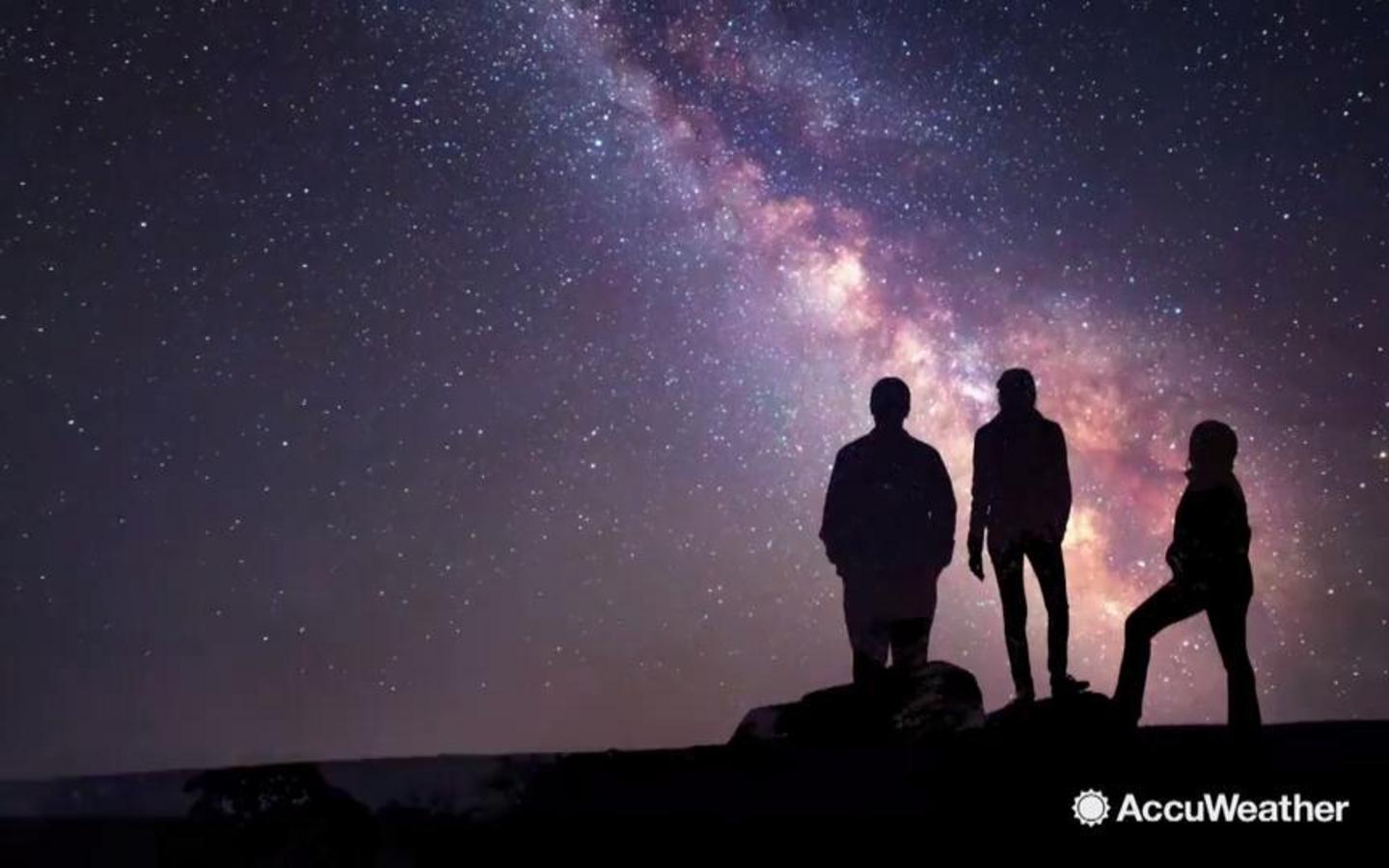