Celebrities with surprising side businesses 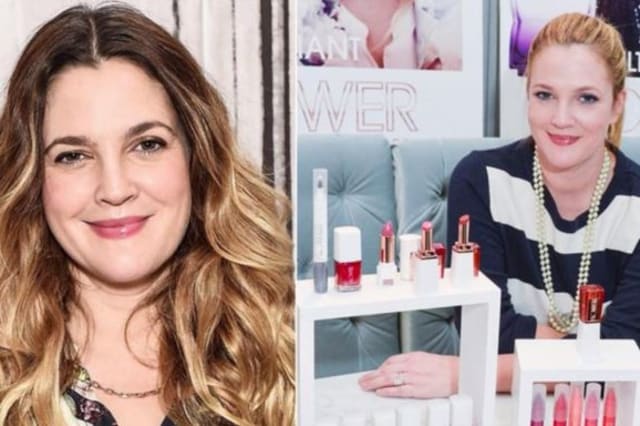 There are a number of celebs who have little sideline businesses to keep them going, and there are quite a few that might surprise you.

Can you guess which actress has make up line, or which popular Canadian singer has his own whisky? Find out below!

The Casamigos brand was founded in 2013 by Clooney, Randy Gerber (Cindy Crawford's husband) and Mike Meldman. Clooney and Gerber originally started producing the liquor only for themselves and friends, but it quickly grew into an established business.

Barrymore is the owner of the cosmetics brand which spends no money on advertising, instead relying on its owner to promote the product to fans worldwide. The brand is known for its high quality but low prices and is only available at Walmart.

The Newman's Own brand began with a salad dressing, devised by Newman himself and the author, A.E Hotchner. After its popularity became obvious, the pair produced the products commercially and added to their line with other products including pasta sauce and salsa. The profits are donated to charity.

22 Days Nutrition provides organic, vegan, gluten-free meals that are available for delivery. It was devised after Beyonce and Jay-Z took on a challenge to go vegan for 22 days.

Kloss may be one of the world's most famous catwalk models, but she's clearly partial to a biscuit too. She partnered with chef Christina Tosi to create two cookie flavours. The proceeds from the sale of these biscuits went towards helping provide meals for children and around the world.

Jessica Alba started The Honest Company alongside Christopher Gavigan - who is the company's Chief Product Officer. The brand sells non-toxic products for the house and home and Alba was inspired to start the business after the birth of her first child.

Ed by Ellen is a lifestyle brand which sells a combination of women's clothing and products for the home. Degeneres often wears the brand on stage during her popular talk show, which no doubt helps to boost sales.

Jessica Biel's restaurant styles itself as an eatery that is as enjoyable for parents as it is for children. The restaurant also has a market place where you can buy toys and cakes, as well as products from Jessica Alba's Honest Company!

Kravitz has launched his own collection of 1970s inspired furniture and homewares with quirky lamps, unusual chairs and much more on offer.

Virginia Black Whiskey is a collaboration between songwriter and rapper, Drake, and Brent Hocking - who founded the original Deleon Tequila.

Bess Bistro was opened by world famous actress Sandra Bullock in 2006, but shutdown in 2015. The restaurant was in Austin, Texas. Bullock also owns Walton's Fancy and Staple just across the street from the bistro - the shop is a bakery, restaurant and also has an event planning service.

This quirky ping pong club is a popular attraction in both New York and Chicago and was co-founded by the award winning actress in 2009.

Hair U Wear offers consumers a luxurious collection of human and synthetic hair wigs. The company has a specific range of Raquel Welch wigs and the actress admits to wearing them not only in public but in her private life too.

Open Hearts is a jewellery collection started by Seymour in partnership with Kay Jewelers in 2008. Seymour has also written a series of books with the Open Hearts title and the jewellery line is one of the most successful on the market.

Highest-earning dead celebrities
MJ may have died over six years ago but his legacy still lives on. The King of Pop made $115m this year, but how? Cirque du Soleil in Vegas showcasing Michael Jackson One is one of the source's of Michael Jackson's cash flow but the Mijac Music catalogue and music sales also contribute.
Elvis pulls in most of his money from ticket sales at his Graceland home. Now it may seem surprising that this rock and roll legend could generate that much income from tours of his home, but it makes more sense when you realise a regular adult ticket will set you back $77!
The Marley Beverage Company and House of Marley are just two of the companies bringing in the big bucks for reggae legend Bob Marley. Music sales are also obviously a huge contributor with more than 75 million albums sold so far.
Celebrity fragrances might not really be that sought after any more but White Diamonds, one of Elizabeth Taylor's perfumes, was first released 24 years ago and continues to be sold to this day proving that maybe there really are some things that never go out of fashion.
Marilyn Monroe is undoubtedly still an international fashion and film icon. In 2011, Authentic Brand Group bought the rights to her brand and it's thanks to them that she's still pulling in top dollar as well as a clothing line at American store, Macy's, and a range of lingerie.
John Lennon was part of one of the biggest musical acts of all time, The Beatles, although unfortunately his stardom was cut short when he was shot dead in 1980. The songwriter still gets his share of the album sales though and is reported to take $12 million each year.
Einstein is one of the most famous scientists in history having come up with the general theory of relativity. Branded mechandise and memorabilia is the main source of the theoretical physicists revenue now though.
Paul Walker was just 40-years-old when he died in 2013 in a car crash, but his legacy still lives on thanks to the film franchise, The Fast and the Furious. The most recent film took $1.5 billion and although Walker died during filming, he still appears in the flick.
Bettie Page was one of America's iconic pin-up girls, even gaining the nickname 'Queen of Pinups' thanks to her trademark look. The model was also one of the earliest Playmates of the Month to feature in Playboy magazine. Page now makes most of her money at the hands of fashion, clothing and lingerie lines.
Theodor Geisel was responsible for some of the quirkiest and best-loved cartoon characters and children's book heroes. The artist and author published his works under the title of Dr.Seuss with some of his most famous creations including The Lorax, The Grinch and The Cat in the Hat still netting him money to this day.