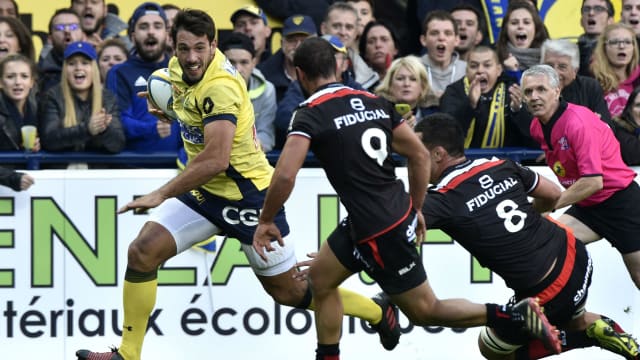 Morgan Parra kicked for 19 points as Clermont Auvergne extended their advantage at the Top 14 summit with a 29-25 win over Toulouse.

La Rochelle were held to a 17-17 draw at home to Toulon on Saturday and Clermont took full advantage, moving three points clear.

Arthur Iturria and Remi Lamerat touched down either side of a Census Johnston score for the visitors, who got their second through Joe Tekori after the 40 first-half minutes had passed.

Despite having scored two tries each, two penalties from Parra and an additional conversion gave Clermont a 20-12 lead at the break.

Fritz Lee and Thomas Domingo were shown yellow cards early in the second half and Toulouse capitalised on their numerical superiority by securing a penalty try.

However, the visitors lost Semi Kunatani to the sin bin, with Parra kicking a further two penalties as Toulouse had to settle for a losing bonus point.

Former France international Frederic Michalak scored a try as part of a 17-point haul in Lyon's 27-22 victory over Pau.