David Beckham visits his own waxwork at Madame Tussauds 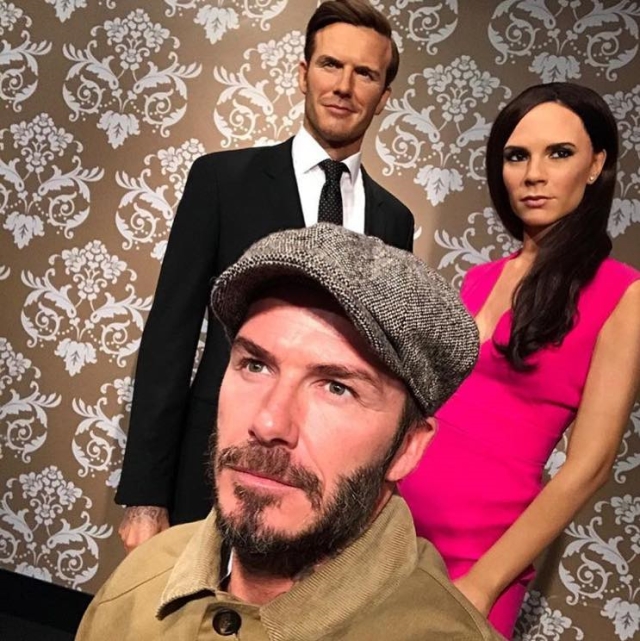 David Beckham took a trip to Madame Tussauds to check out the waxworks of himself and wife Victoria.

The retired footballer shared a selfie from his day out at the London attraction on Facebook and wrote: "Thank you to Nicole and everyone at Madame Tussauds for letting me meet this lovely couple and showing the kids around... ( slightly hairier ) myself not my wife."

David and Victoria's waxworks were unveiled at the popular tourist destination two years ago.

They were honoured by Madame Tussauds with new waxy models to celebrate their 15th wedding anniversary, replacing the previous ones that had stood in the exhibition since 2004.

One wrote: "The Victoria waxwork is spot on, the David Beckham looks more like David Blunkett than David Beckham."

Another said: "Who's the guy beside Victoria? Err, if that is Victoria! For heaven's sake, melt both down and try again. Embarrassing."

Guess the waxwork
Up Next