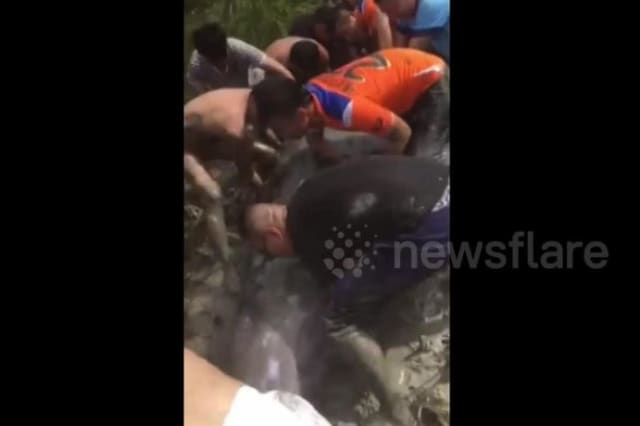 Heartwarming footage, from China, shows of a group of people rescuing a stranded dolphin.

The video, captured in Wenzhou, Zhejiang Province last Saturday, shows several men carrying the large back towards the sea, after it swam too far up a river and the water became too shallow.

According to local reports, the good samaritans were football players from a local team.

They happened to see the dolphin stranded in the shallow water and rescued it.

Towards the end of the footage the men manage to get the animal back into the water but it seems it's still not deep enough as the dolphin pushes its tail against the water but doesn't get anywhere.

The men step in to help once again, this time pushing the dolphin through the muddy water back into the deep.