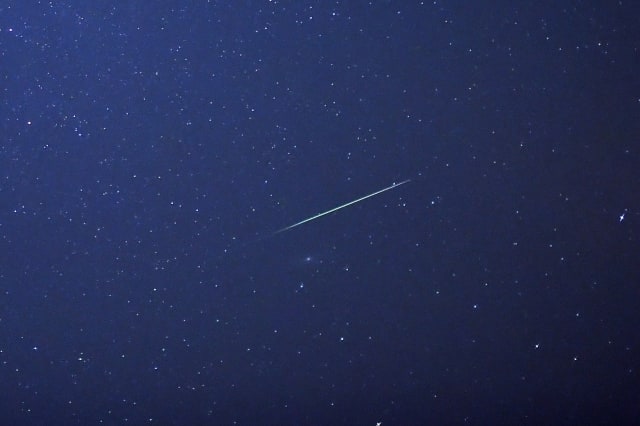 A number of people called emergency services in Toronto on Tuesday night after mistaking a meteor shower for a plane crash.

Reports of a plane crashing into Toronto Harbour started circulating on Twitter at around 11pm.

However, according to the Toronto Star, Jason Rimmer, marine controller at the Joint Rescue Coordination Centre at the Canadian Forces base Trenton, confirmed that the incident was actually part of a meteor shower.

A local police spokeswoman also confirmed there were no missing planes operating out of nearby Billy Bishop Airport, although officers did search the land and water nearby.

In a page about 2016's meteor showers, Nasa said this one was an Orionids shower. These will be active from 4 October to 14 November this year, and can consist of 20 meteors per hour, with a meteor velocity of 42 miles per second.

Formed from the debris of Halley's comet, they are known for being bright and quick.


In 2012, a similar meteor shower triggered panic Scotland. Dozens of people from all over the country called 999 after worrying that the bright lights they saw in the sky were flares, fireworks or even a plane crash.

A spokesman for Forth Coastguard told the BBC at the time: "From talking to other stations and to the RAF it's almost certainly meteorite activity.

"Calls came in from all over the place, thick and fast. We've had people report possible plane crashes, and others the weirdest fireworks they've ever seen."

18 weird natural phenomena around the world