This is what goes into a 138-hour car detail 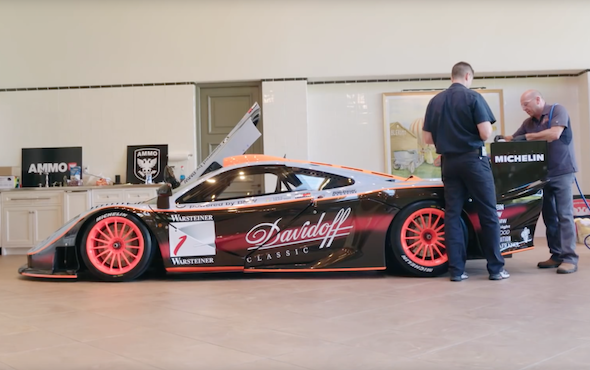 If you think you have a painstaking job you may want to think again, after a professional car detailer released a video summarising 138 hours of his work – all of which was on one car.

While that may seem like an awful lot of time – it is – we hasten to add that the vehicle wasn't just any old car. No, it was a 1997 McLaren F1 GTR 'Longtail', one of only nine built, and one of few remaining racing examples.
Impressively, detailer and owner of AMMO NYC Larry Kosilla managed to condense the entire job into a 30-minute video, in which he shows exactly how much attention is required to keep the car – said to be worth more than £10million – in top spec.

First of all the team spend a whole day testing to find the most suitable buffing tools and polishers to use on the paint. Then they take the supercar apart and dust it extensively.

The correct chemical cleaning formula is then ascertained, before a clay bar is used on the exterior. So goes the cleaning process until the car is spotless.

The team's hard work pays off, too – the McLaren later claimed the "Spirit Of The Quail" award at the Pebble Beach Concours D'Elegance.