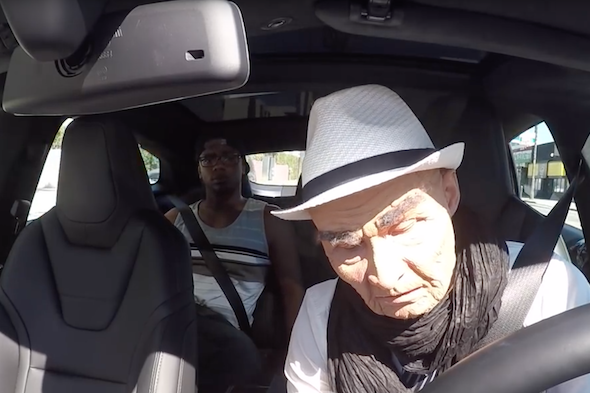 It's every taxi passenger's worst nightmare – climbing into a cab, only for the driver to fall asleep and lose control.

However, it became a reality for a number of Los Angeles residents, who found themselves the butt of a YouTuber's prank.
Self-described 'craziest and most creative Asian prankster alive' Josh Paler Lin, took to the wheel of a Tesla Model S to take fares around the Californian city – all the while dressed as an elderly man.

He eventually reveals the ruse to the passengers, who respond with shock, and relief that they weren't in danger after all.