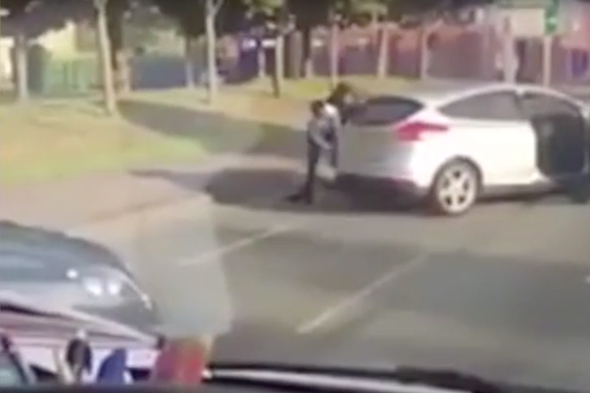 Police in Manchester are appealing for witnesses to a violent road rage brawl that erupted on a main road in the city last Friday.

Grainy footage of the fight was caught on a pursuing motorist's dashcam, but it's not clear what caused the incident.
Two men are seen pulling a third man from a white car, which had stopped diagonally across two lanes of Princess Parkway, before the trio engage in a punch-up.

The fight spills onto the verge, and then returns to the road. By now, traffic has completely cleared from around the two stationary cars whose occupants were involved in the incident.

One of the men is seen retrieving something from the black car, before two of them use a weapon to mercilessly assault the third man, who is by now lying on the ground.

Police are asking anyone who saw the incident, shortly before rush hour at 2:30pm last Friday, to come forward.