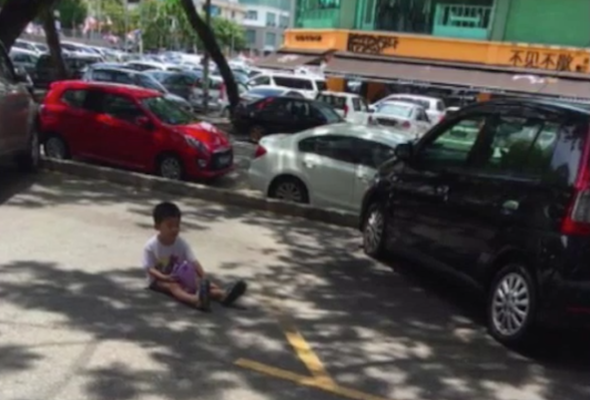 Finding a parking space in a big city can be a frustrating experience, but one woman may have gone too far in her attempts to secure a spot.

A mother in Kuala Lumpur, Malaysia, has drawn criticism from online commenters after leaving her child sitting in an empty space while she went to get her car. A photograph of the incident has been shared on social media.
During his time on the Tarmac, many passers-by approached him to make sure he was okay. He managed to explain the situation, with one Facebook user saying that he was left alone in the heat for 20 minutes before the woman returned.

One commenter said: "She should consider herself lucky that no one harassed, kidnapped or even hurt her child."

Another said the mother was using the boy like he was an inanimate object like a cone, while another said it was just further proof that Malaysians will 'do anything' to secure a parking spot.
Tags
Read Full Story