Fiat 500 'Jolly' up for sale in November 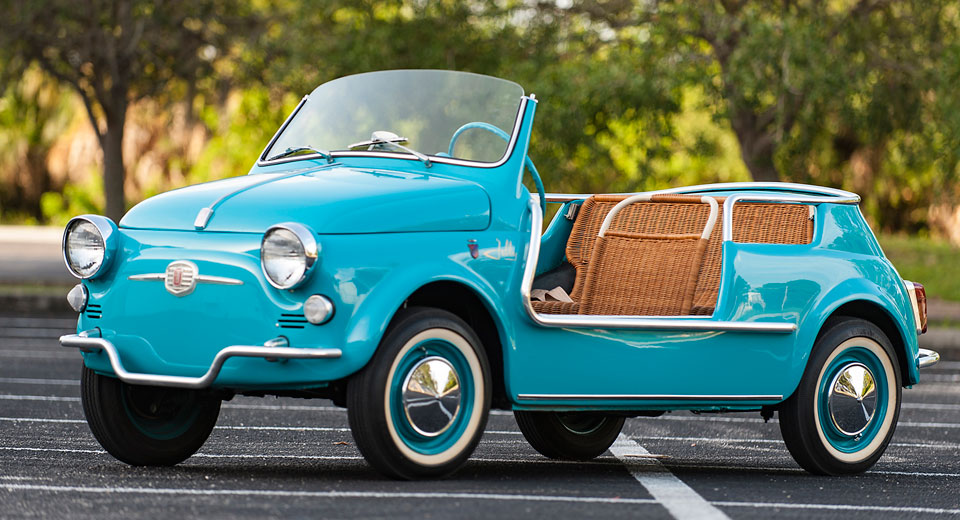 A 1957 Fiat 500 Ghia Jolly is going on sale at Auction America's next sale at Hilton Head Island in South Carolina.

The rare beach-going car is one of only 400 believed to be converted from original 500 models by the well-known coachbuilding and car designer Ghia.
They are recognisable by the chromed detailing, wicker seats and the lack of a roof. Fiat did provide the car with an awning-type roof, however this example goes without as the owner disposed of it before the sale due to general wear and tear.

Powered by a 479 cc two-cylinder, rear mounted engine, the 500 Jolly could reach speeds up to 65mph. The motor was paired with a four-speed, floor-shift manual gearbox.

Fiat 500 ‘Jolly’ up for sale in November
Up Next