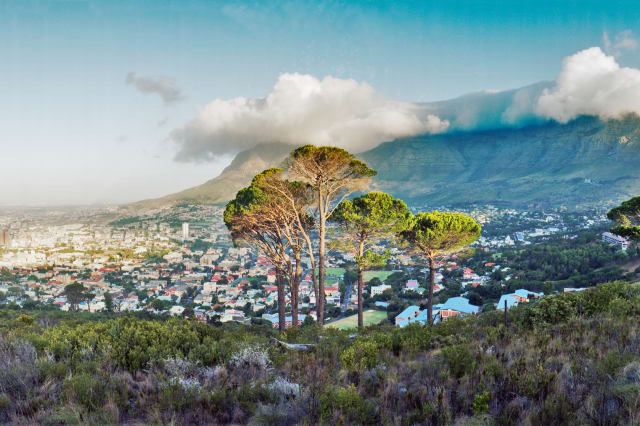 As storms and rain replace the recent heatwave, no doubt thoughts will turn to booking that winter sun holiday.

Thankfully, then, the Post Office has just released its annual Long Haul Holiday Report, which details the cheapest far-flung destinations for soaking up some winter sun.

The good news? Local prices have dropped in 40 per cent of the destinations – which has helped to cushion the impact of the weaker pound. Also, sterling has rallied in the past three weeks, which means the year-on-year dip in exchange rates is lower than it was post-Brexit. Good news when looking for a great value getaway.

The report looks at 10 typical tourist staples, like meals and drinks, in 34 resorts and cities worldwide. 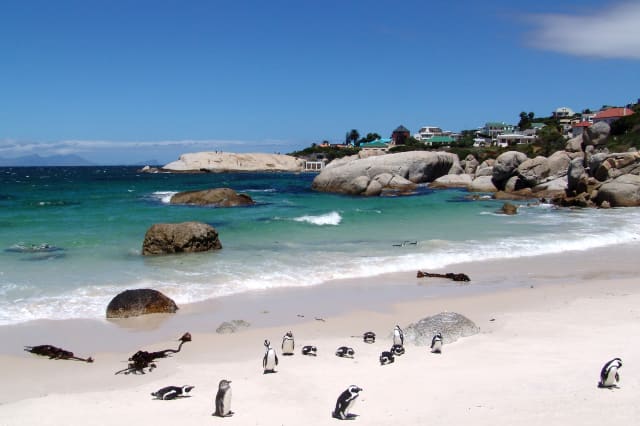 Cape Town emerged as the cheapest for the first time. It knocked Bali off its three-year-long reign at the top after prices rises in the Far Eastern favourite.

Using prices researched by long haul holiday specialist Travelbag, Cape Town proved the clear winner in the ninth Post Office survey. At £48.89 for a 'basket' of 10 tourist items, the South African city was significantly cheaper than runner-up Bali (£62.56), where the cost of eating out has ballooned by over 50 per cent in the past 12 months. As a result, tourist prices are now 28 per cent higher than in Cape Town.

Dubai is again the most expensive for tourist staples surveyed at £199.34 – four times the price of Cape Town, while Oman is the second most expensive.

The three Latin America destinations eclipsed the six Caribbean resort areas surveyed for the report. Punta Cana in the Dominican Republic was cheapest in 15th place with a cost of £91.24 for the 10 tourist staples. St Lucia, Jamaica, Barbados and Antigua were far more expensive. At £157.60, English Harbour in Antigua was 73 per cent pricier than Punta Cana.

Grand Baie, Mauritius (£83.70) made the Post Office top 10 for the third consecutive year – proof that the island's claim to offer 'affordable luxury' is well placed. Prices in Grand Baie are down 16 per cent on the costs that UK holidaymakers would have faced five years ago.

Andrew Brown of Post Office Travel Money said: "Costs may be higher in long haul holiday resorts this year for UK travellers but the good news is that local price cuts in many of the most popular ones will help to lessen the impact of the weaker pound.

"More than ever before, it will pay dividends to do some holiday homework before booking to find out where meals and drinks are cheapest. This can make a big difference to the overall cost of a holiday."

This Italian island has a very different feel to the mainland, with a slower pace of life and an independent character. The beaches are dazzling and the food and wine is world famous. Even in October, the island boasts a lovely climate for walking the white sand beaches in Palau. Explore the natural wonder of the stalagmites in Neptune’s Cave before relaxing over wonderfully fresh Catalan inspired seafood dishes in the town of Alghero.

Autumn is one of the best times of year to visit the flatlands of Puglia. Temperatures have cooled down enough to make it ideal for exploring the region's different landscapes, from the last surviving woods of the Foresta Umbra in the north, to the conical stone houses of Trulli Country in the south. For a proper Italian holiday, stay in the traditional Trullo dell’Anfora complete with private pool and trullo-style shower room.

Thanks to Aiya Napa, Cyprus has inherited a reputation for being a party island, but once the off-peak season rolls in the Mediterranean island is a gorgeous retreat, filled with historical and cultural wonders. Even in the heart of party town Aiya Napa you’ll find a 15th century chapel carved from a sandstone cave as well as the Thalassa Museum of the Sea.

Marrakech is brilliant for an exotic short haul holiday. Even in the autumn months temperatures can reach the low 30s, and as well as plenty of sunshine, the city offers an exciting new culture to explore - all under a four-hour flight away. Stay in Marrakech’s stunning riad hotels - these gorgeous hideaways are right in the hustle and bustle of it all.

A classic choice for couples, Santorini is one of the most appealing Greek Islands, due to its deep azure seas, stark white dome villages and its glorious weather. The cliff top town of Thira commands one of the best views over the lagoon and its winding whitewashed houses and chapels beg to be explored.

Hot weather aside, there are plenty of reasons to put Dubrovnik on your autumn holiday wish list: it’s the perfect time of year for Croatian pancakes filled with Dubrovnik’s bitter orange jam, the Botanical Garden on Lokrum celebrates its birthday on the 23rd October and the ferry prices (and tourist crowds) are slashed when you visit the stunning car-free island of Lopud, home to one of Croatia’s best beaches, the Sunj.

La Gomera is one of the lesser known Canary Islands: without an airport (visitors need to take a ferry) this gem has missed out on the tourist developments that have overwhelmed neighbouring Lanzarote and Tenerife, despite its constant warm Saharan winds. Its eco-system is unique, with volcanic black sand beaches around the coast and tropical jungle at the centre. As La Gomera is relatively untouched by mass tourism, there are few hotels; try staying a privately owned villa, like Parque Mirador, for a truly peaceful and immersive Spanish holiday.

For lazy days at the beach combined with buzzing city life, Costa Azul is ideal. Base yourself across the River Tagus in a Costa Azul villa for easy access to the long golden beaches of Portugal’s west coast, with the cosmopolitan lure of Lisbon just an hour’s drive away. In Lisbon, jump on tram no. 28 to explore the cobbled streets of the Alfama neighbourhood or hop on to the Santa Justa lift for views over the Baixa towards St. George’s Castle.

Autumn visitors to Mallorca will see the island at its best. With the summer tourists gone, visitors have the chance to see just how beautiful it really is. From quiet villages such as Deia tucked into the hills through to the cultural and lively towns, this Mediterranean island is full of surprises. Art lovers should check out the capital, Palma, with its ancient Arabic architecture as well as its collection of contemporary museums.