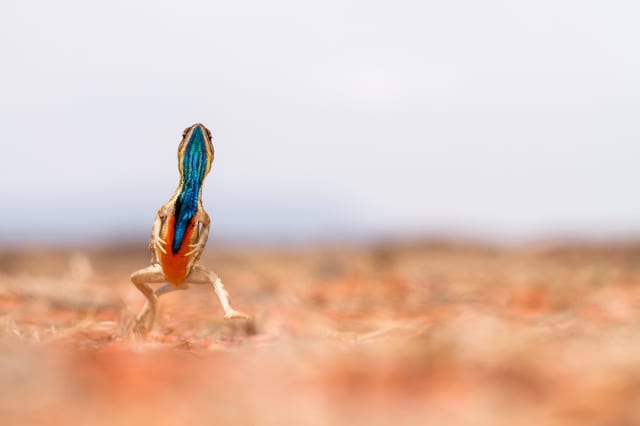 A beautiful and colourful image of a lizard has been revealed as the winner of this year's ZSL Animal Photography Prize 2016.

The incredible photograph was captured by Pratik Pradhan in the Chalkewadi plateau in India.

Other animals featured in this year's winners and runner up photographs include penguins, polar bears and monkeys.

Judges for the prize include TV presenters Kate Humble and Bill Oddie as well as zoologist Jess French, nature photographer Dave Stevenson and Levison Wood, a best-selling author and photographer.

Take a look at the slideshow below to see more of the beautiful pictures taken by the winners and runners up in both the adult and junior categories.

ZSL Animal Photography Prize 2016
Up Next