You could be in line for a £450 windfall from MasterCard 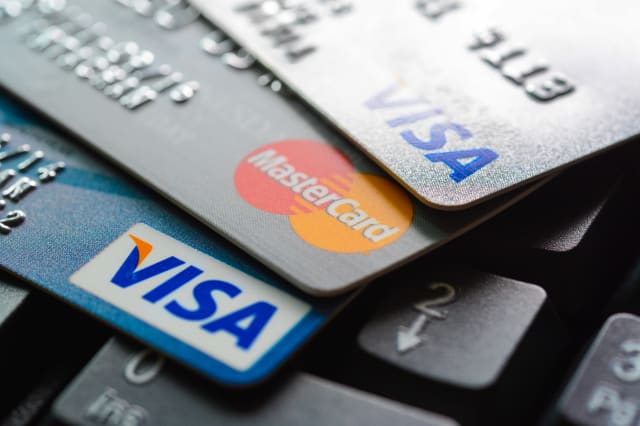 Credit card company MasterCard could be forced to pay out billions to British shoppers, over claims that it pushed up prices in stores.

A lawsuit was launched yesterday over the fees MasterCard charged businesses that accepted its debit and credit cards between 1992 and 2008. These interchange fees, claims the suit, were too high and were passed on to consumers.

Law firm Quinn Emanuel is handling the case on behalf of Walter Merricks, the former chief financial services ombudsman. And, says the firm, at £14 billion it's the biggest lawsuit in British legal history. Taking advantage of new legislation, it's being filed on behalf of all British consumers - including you.

It's already been established that MasterCard was in the wrong in imposing these charges; it finally lost a ten-year legal battle with the European Commission on the issue in 2014.

During the case, the company itself even argued that the charges were passed on to consumers. And it can't try and wriggle out of that now, says Boris Bronfentrinker, a partner at Quinn Emmanuel.

"Despite arguing that consumers bore the cost of its illegal fees, MasterCard has made no efforts to try to compensate consumers through new voluntary compensation mechanisms," he says.

"The consumer claim is completely consistent with what MasterCard has been saying about who paid these unlawful fees. It is not clear how MasterCard can now turn around and argue the opposite to prevent our case from succeeding."

The law firm reckons that, because the charges have already been found to be illegal, all it has to prove is the amount of money that they cost British shoppers.

And, says Bronfentrinker, "MasterCard has since turned over evidence (witness statements and expert reports) that allows us, even at this early stage, to robustly value the claim at £14 billion."

MasterCard is still trying to justify the fees.

"Of course, there are costs to making a payment. In our system, those costs are shared by those who benefit from the payment," says Mark Barnett, division president, United Kingdom and Ireland for MasterCard.

"The retailer, the retailer's bank, the card issuing bank and MasterCard all contribute towards the cost of our network."

The case is likely to come to trial in 2018 - unless, says Bronfentrinker, MasterCard makes consumers a reasonable offer beforehand. However, MasterCard points out that similar cases have been brought in the US with very little success.

10 PHOTOS
10 things we hate about our banks
See Gallery

10 things we hate about our banks

The huge numbers are due to the PPI mis-selling scandal that should now be a thing of the past, but there is no doubt that the insurance, which can add thousands to the cost of a loan, is highly unpopular!

Complaints about mortgages jumped by 38% in the last six months of last year, the FOS figures show, compared to an increase of just 5% in investment-related complaints.

Common gripes about mortgages include the exit penalties imposed should you want to sell up or change you mortgage before a fixed or discounted deal comes to an end, and the high arrangement fees charged by many lenders.

While there is nothing in the data released by the FOS about the number of complaints relating to savings accounts, hard-pressed savers have been struggling with low interest rates for several years now.

You can get up to 3.10% with Santander's easy-access eSaver account, but many older accounts are paying 1.00% or less and even this market-leading offer includes a 12-month bonus of 2.60% - meaning that the rate will plummet to just 0.50% after the first year.

Banks are imposing the highest authorised overdraft interest rates since records began, with today's borrowers paying an average of 19.47%, according to the Bank of England.

A typical Briton with an overdraft of £1,000 is therefore forking out around £200 in interest charges alone. Coupled with meagre returns on savings, it's enough to make your blood boil!

While authorised overdrafts may seem expensive, going into the red without permission will cost you even more due to huge penalty fees.

Barclays, for example, charges £8 (up to a maximum of £40 a day) each time that there is not enough money in your account to cover a payment.

If you need to send money abroad, the likelihood is that your bank will impose transfer charges - and offer you a poor rate of exchange. Someone transferring a five-figure sum could easily lose out by £500 or more as a result.

The good news, however, is that you can often get a better deal by using a currency specialist such as Moneycorp.

Automated telephone banking systems, not to mention call centres in far-flung parts of the world, are one of our top gripes - especially as we often encounter them when we are already calling to report a problem.

In the words of one disgruntled customer: "What is it about telephone banking that turns me into Victor Meldrew? Well, maybe it's the fourteen security questions, maybe it's the range of products that they try to push or maybe it's because I'm forced to listen to jazz funk at full volume while my phone bill soars.

"Actually though, I think it's because the people I eventually speak to rarely seem able to solve the issue I'm calling about."

The days of a personal relationship with your bank manager are long gone - for the huge majority of us at least.

When ethical Triodos Bank investigated recently why around 9 million Britons would not recommend their banks to a friend or relative, it found that almost a third felt they were not treated as individuals. Another 40%, meanwhile, were simply disappointed with the customer service they received.

When you're in a rush, the last thing you want to do is wait in a long queue at your local branch.

Researchers at consumer champion Which? recently found that most people get seen within 12 minutes, but you could have a much longer wait if you go in at a busy time. Frustrating stuff!

The Triodos Bank research also indicated that the bonus culture that ensured the bank's high-flying employees received large salaries, even when it was making a loss at the taxpayer's expense, was hugely unpopular with consumers.

About a quarter of those who would not recommend their current banks said this was the main reason why. And with RBS executives sharing a £785 million bonus pool despite the bank, which is 82% publicly owned, making a loss of £2 billion last year, it's not hard to see why.