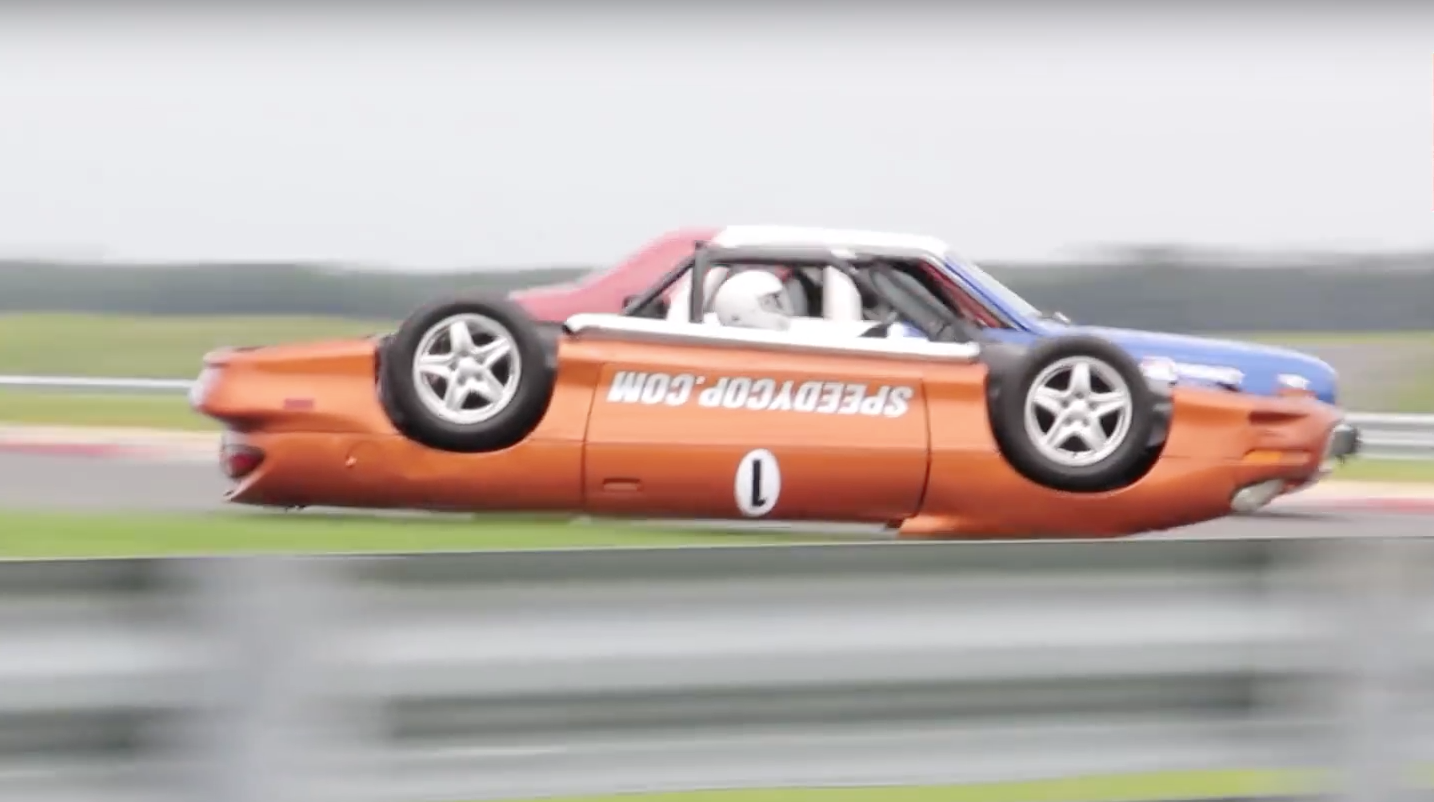 Jeff Bloch, a police sergeant from Washington D.C.'s police department, has fused a Chevrolet Camaro and a Ford Festiva to create an upside-down racing car.

Bloch, who is known for creating weird and wonderful vehicles, bought a 1999 Chevrolet Camaro and after restoring it from its poor condition, decided to flip it and fit the bodywork to a 1990 Ford Festiva body.
The world's first upside down race car was born and the man known as 'Speedy Cop' decided to take his creation racing.

With 60bhp under the bonnet, the Chevy can reach speeds of 90mph in a straight line and goes from 0-60 in 12 seconds.

Bloch said: "This upside-down Camaro race car is the first of its kind in the world. I just like to build things that no-one has ever built before and I like them to be very entertaining in the process."

After competing in several race events, Bloch sold his unique Camaro for $7,000.