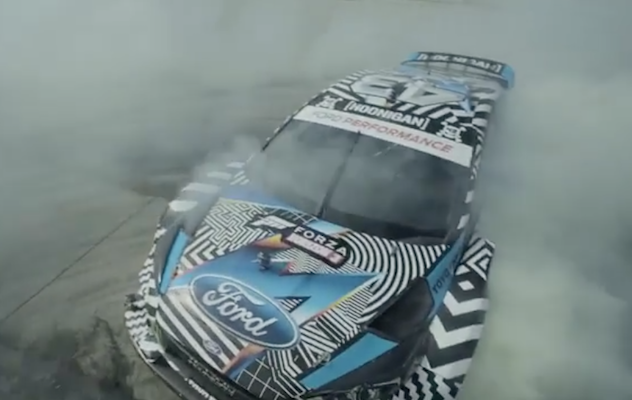 Ken Block has revealed that Gymkhana Nine will be released on September 13, and has uploaded a short teaser to his Instagram page to get us all excited.

The featured car is the Ford Focus RS RX, which Block races in the World Rallycross Championship. The American racing driver says this film will be the first time it has been 'driven in anger' outside of a race track.
The location of the film is thought to be New York, as an eagle-eyed local recently snapped a photograph of Block standing on his rallycross car with a helicopter circling him.

The video doesn't give much away about the setting, but it appears to take place in a train depot. Previous versions of Gymkhana have taken to the streets of cities such as Dubai and Los Angeles, so we'd be surprised if Block didn't take his lairy focus out on to New York's public roads.