'I'm a Celebrity' fever builds - how much did Vicky Pattison make after winning last year? 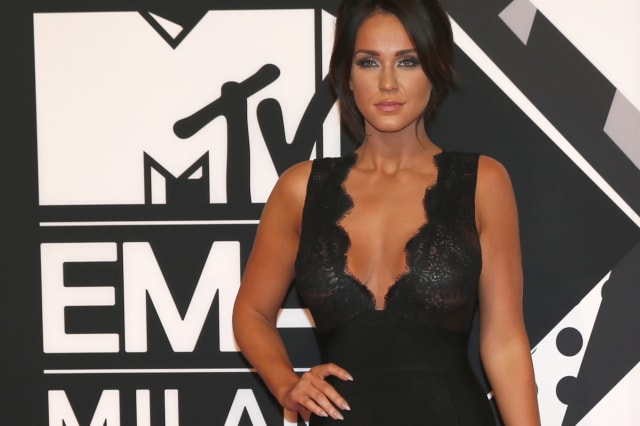 As we gear up for another bunch of famous faces to enter the jungle, 'I'm a Celebrity' fever is starting to build. There are plenty of stars rumoured to be joining the show this year - including Gogglebox's Scarlett Moffatt, gymnast Louis Smith, swimmer Adam Peaty and presenter Craig Charles. Being on the show has done wonders for plenty of careers - the likes of Peter Andre and Myleene Klass spring to mind - but winning can be even more rewarding. Last year's winner, Vicky Pattison, is said to have made a small fortune after picking up her crown.

How has she made it?

Every celebrity who goes on the show gets an appearance fee, but Pattison's sights were always set higher than that. While she was on the programme, she made no secret of the fact that she was keen to leave the world of reality TV behind, and become a respected TV presenter in her own right. As soon as she left, she landed a number of perfect roles.

The most high-profile was presenting Loose Women. She spent nine months on the show - including a summer contract as a full time presenter. She has also done presenting stints on This Morning - and is currently filming a road trip for the show with jungle pal Ferne McCann. She also presents Judge Geordie on MTV.

Rumour has it that she may also be presenting an 'I'm a Celebrity' spin-off show, although there has been no official confirmation

Aside from her presenting gigs, she also has a Mini V nutrition range, which is expected to be on sale in Littlewoods next year, and is available through a subscription service. The brand also does an on-demand service for workout videos, cooking tutorials and diet and workout plans. This is thought to make up a large proportion of her earnings.

Se recently became the face of a range of jewellery from Chainedandable, she has become the face and body of a new range for Ann Summers, signed an endorsement deal with Fake Bake, and has a clothing line for Honeyz.

In her spare time she has written three books - including a lifestyle book released in August - and has a best-selling fitness DVD.

Before she went into the jungle, her estimated net worth was less than £500,000. She told the papers back in March that she was worth £1 million. However, that was before a number of these deals were signed, so she may well be worth £1.5 million at this stage. That would mean her stint in the jungle had added £1 million to her net worth.

In March she said she was investing her money in property, and has bought a house in Newcastle and one in Essex. She isn't letting it go to her head through. When she revealed she was now a millionaire, she added: "I'm being responsible. No flash cars and designer handbags for me. I'd rather have a gin and tonic and a Domino's pizza."

Klass is worth £11 million. She was an early winner in the pop competition phenomenon. The classical musician took part in Popstars in 2001, where she took the title as a member of Hear’Say. The win brought her £1 million immediately, but the band only lasted two years. She was snapped up after the band split, but had limited success as a solo pop artist.

Her second big break, however, came when she appeared in I’m A Celebrity Get Me Out of Here in 2006 and took an array of small bikinis with her. She subsequently balanced modelling with a return to classical music. And since then had delved into an incredible array of enterprises, ranging from designing a range of baby clothes for Mothercare to presenting Loose Women and hosting a show on Classic FM.

Lewis is worth £13 million. She became the third winner of the X-Factor in 2006, and is currently the second richest act to emerge from the show. She has now produced four studio albums, and sold 20 million copies. Some of her money-making potential may lie in the fact that she was mentored for seven years by Simon Cowell.

She hasn’t made a vast amount of money in projects beyond her music, although she has a line of accessories, a very successful perfume, and is a face of The Body Shop. She also made her film debut this year in Walking on Sunshine.

The band is worth £14 Million (each). It’s no surprise to see this global phenomenon on the list, and it’s worth remembering that one of the reasons they are not higher up it is that they only shot to fame on X Factor in 2010. The boys famously auditioned as solo acts, but made the cut after being brought together by Simon Cowell as a supergroup.

Their money-making comes partly through the music, including selling 45 million records, £270 million of tour ticket sales, and a box office smash hit movie. They have also taken merchandise to the next level. Their range includes bedding, lipstick, perfume, hats, bags, dresses, jewellery, shoes, a onesie, glasses, dolls, shot glasses, nail varnish, cushions, headphones and mobile phone covers - and every item is an enormous hit because they have generated one of the most loyal fan bases in pop’s living memory.

Hudson is worth £15 million, This is an amazing result for someone who came seventh on a reality show talent competition. However, Hudson raised her profile enough to catch the eye of the moguls casting the hit movie Dreamgirls - earning herself an Oscar for Best Supporting Acress - and kickstarting a lucrative film career.

She has since released three albums, and landed a WeightWatchers job, all of which have helped add to the coffers and bring her into seventh place.

The first ever winner of American Idol in 2002 is worth £16 million. She has now released six best-selling albums and completed three world tours. The majority of her wealth is said to come from record sales - of which she has sold 20 million. She’s expecting to release another album at the beginning of next year, so she’s unlikely to run short of cash any time soon.

The artist now known as Cheryl Fernandez-Versini is worth £16 million. She was part of the reality girl group Girls Aloud, which won ITV’s Pop Stars: The Rivals in 2002. Within the group she amassed £6 million after selling four million albums over seven years, but the rest of her fortune has been built up through an array of projects since.

Her solo career has included three hit albums, modelling contacts with the likes of L’Oreal and Coca-Cola Zero, judging on The X Factor (and a very brief stint on the US version of the show), and a signature perfume. She is said to have so much faith in the strength of her recent marriage that she refused to sign a pre-nuptial agreement to protect her cash

Boyle is worth £22 million, and is perhaps the ultimate reality TV success story. From the moment the 53-year-old blew the audience away during her Britain’s Got Talent audition in 2009, her unique talents were set to transform her life. In the end she only came second on the show, but was snapped up by Simon Cowell’s record label and was immediately put to work.

Despite having relatively fragile health - which has meant a less full-on promotional whirl than the One Direction boys, she has released four albums, and sold more than 19 million copies. She has also embarked on a tour, and has performed at the opening ceremony of the Commonwealth Games and for Pope Benedict XVI. It is no surprise that her story was turned into a musical, and the rights bought to turn it into a film.

Roots (whose real name is actually Keith Valentine Graham Bilal Musa) is worth £30 million. He took his jerk sauce to a trade show in 2006, where he was spotted by a BBC producer who suggested he appeared on Dragon’s Den.

In 2007 he blew the dragons away (despite getting his maths very wrong when calculating how much sauce was on order), and won over Peter Jones and Richard Fairleigh. Now it’s not just his jerk sauce that is stocked in supermarkets - but a vast range of pizzas, sauces, ready meals and even cakes. He has also produced best-selling cook books and a BBC series, and tours the speaking circuit.

Hilton is worth £36 million, and is the first on this list to be famous for nothing in particular - generally known as being a Hilton hotels heir and a socialite. However, since she appeared on her own reality TV show, The Simple Life, with Nicole Ritchie, she has made a fortune through a huge number of ventures. Reality TV has been good to her, with her BFF reality show franchise and The World According to Paris. Telling her story has also made her rich - with two autobiographies and a documentary on the subject. She has appeared in several films and TV dramas, and released an album.

However, she has also shown an incredible ability to sell products. She has her own fashion lines - including one for dogs, more than ten fragrances, jewellery designs, hair extensions, shampoos, hair vitamins, shoes, an app, sunglasses, and a chain of accessory shops.

The top position on the list goes to Kardashian West, who is worth £39 million. She’s another ‘socialite’ who came to the attention of TV producers in 2007 through a leaked sex tape. This lead to Keeping Up With The Kardashians - which has since spawned nine series and four spin offs. This only explains a fraction of her wealth, however, because Kim Kardashian’s ability to cash in on fame is unprecedented.

Her enormous number of endorsements include perfume, trainers, diet products, nail polish, jewellery, watches, a cupcake mix, lollipops, Carls Jr fast food, a gaming app, candles, laser hair-removal, fake tan, lipgloss, and swimwear. The family owns a chain of boutiques, and a clothing line called the Kardashian Kollection. Even her wedding in 2011 was said to have made her £6 million.